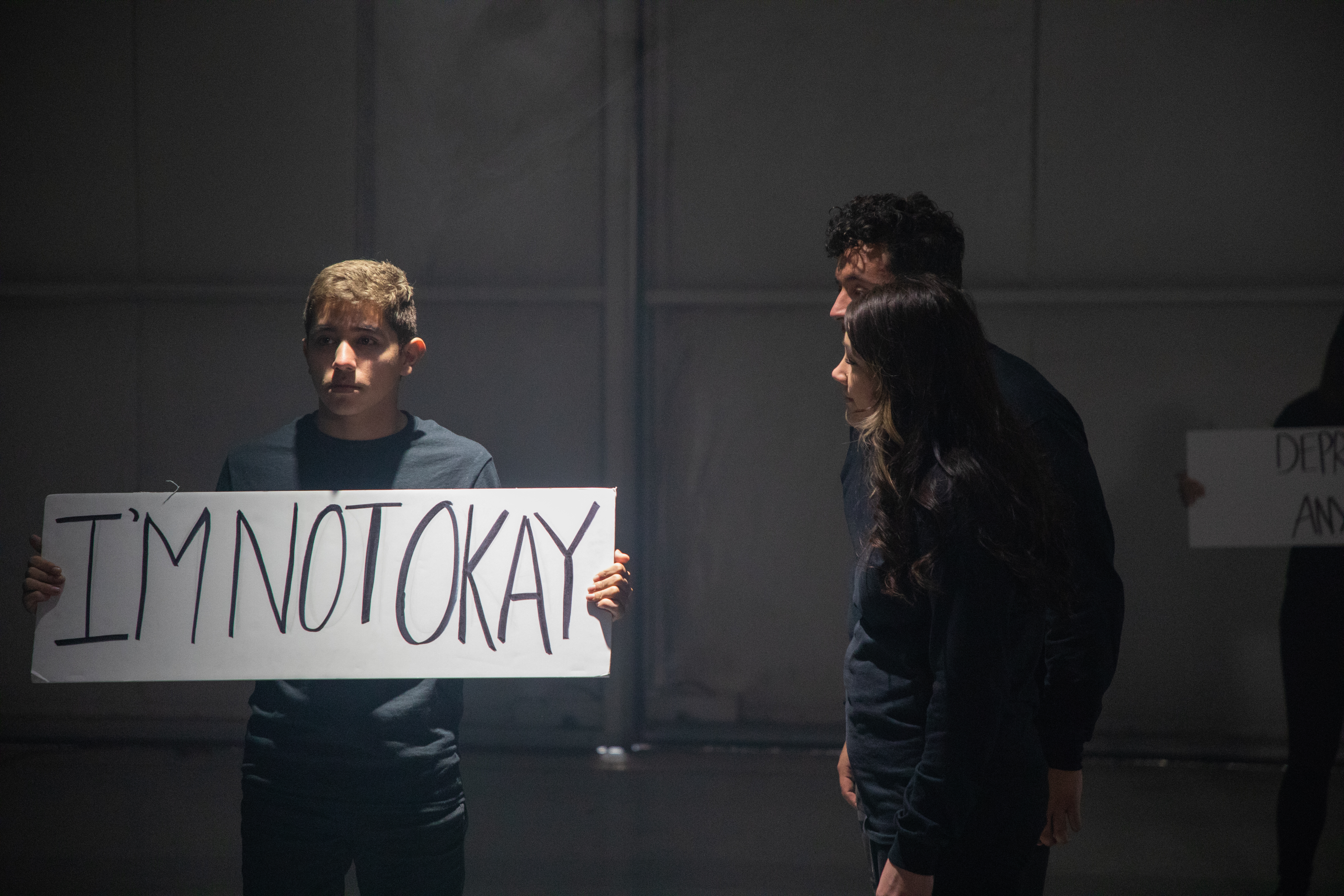 The video was inspired by Jordon Sharp, chief marketing and communication officer, after watching their performance of “You Will be Found.” Sharp’s initial thought was that it would be a powerful message to convey to everyone, and he wanted to make their performance come to life.

In the video, each student holds up a sign that represents what they are struggling with such as racism, death, divorce, depression or anxiety. The message they are wanting to get across is that these students are going through all kinds of difficulties but are finding ways to deal with them by holding onto hope and knowing there is a way to move forward.

This video focuses on the story of Isaac Castaneda, a sophomore dance major from Boise, Idaho. He was planning on coming to DSU in 2018 with his friend. Before they planned to move, his friend committed suicide. Castaneda decided to come down by himself and had a hard time with things until he found out about Raging Red. He then got involved with the group and told them his story.

The group collectively chose to tell their own stories alongside Castaneda to give the video a more personal meaning. The group felt this message needed to be shared, said Sam Kittell, a freshman general major from Yukon, Oklahoma.

“We should really start talking about [mental illness] and de-stigmatize it,” Kittell said.

Del Beatty, Assistant Vice President for Student Engagement, Dean of Students, and temporary director of Raging Red, was hesitant about the video at first because he wasn’t sure if it would portray the power felt by the live performance.

“But now, because the video actually tells Isaac’s story and you understand the story as you watch it, it is very impactful,” Beatty said.

It took Raging Red about two to three weeks to film the video and all of Christmas break to edit it. Sharp said University Marketing and Communication did everything in-house except for the recording studio, the drone footage, and a few other miscellaneous items; the entire shoot was under $1,000.

There is not an exact release date for the video, but it is currently projected to be showcased at either the Teaching and Learning Conference or the National Empowered Conference, which are both held in March.

DSU is working to promote mental health awareness on campus; DSU was the first to bring the Hope Squad, a peer-to-peer program where students are trained to recognize who are at-risk for committing suicide, and one of the few schools in Utah that provide free health and counseling to students.

“[Mental health] is definitely a focus to this administration and this institution,” Sharp said.