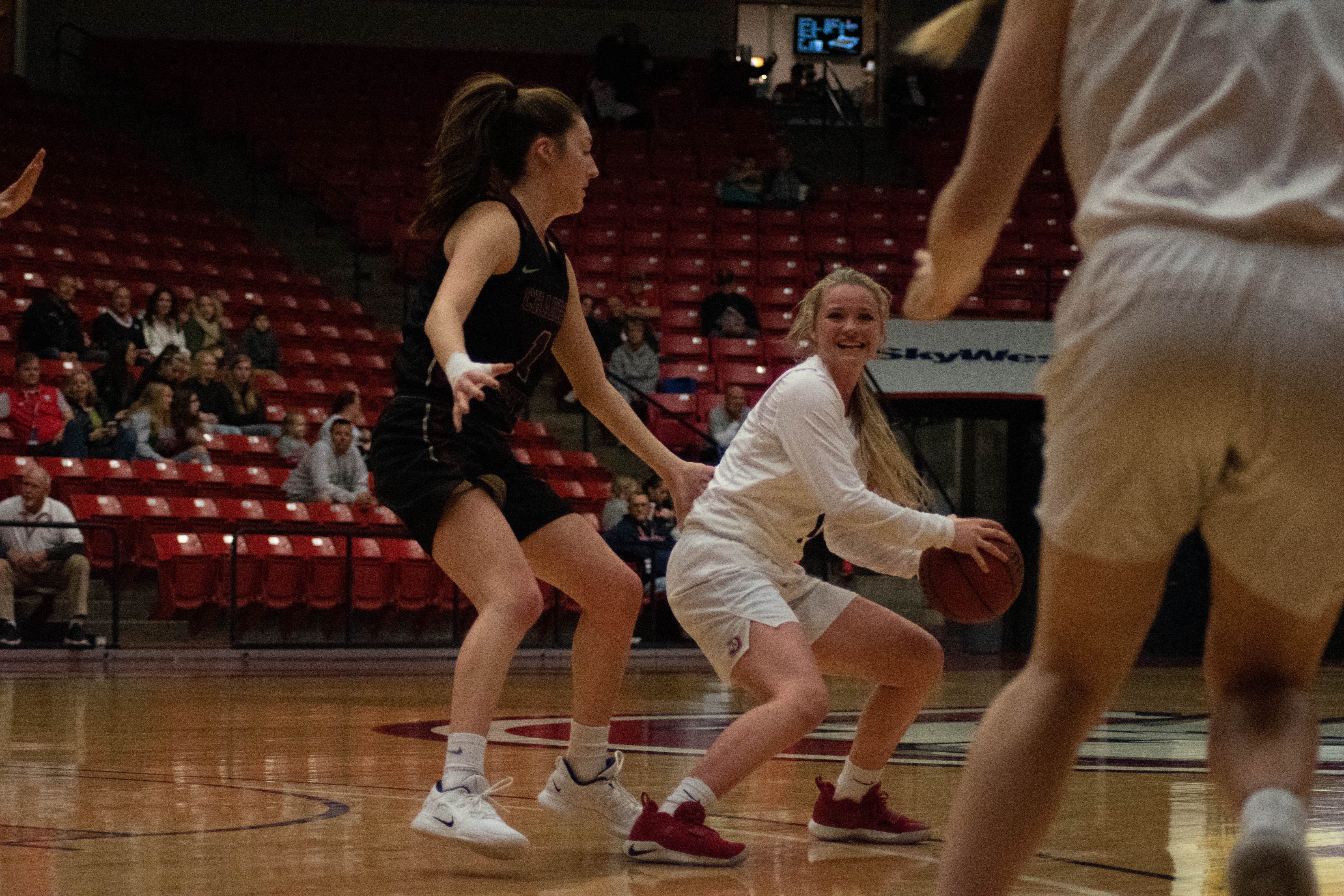 The Dixie State University women’s basketball team had a victorious weekend with two consecutive home wins to improve their overall record to 8-5.

The Trailblazers bounced back after two consecutive losses with a home win over Metropolitan State University of Denver, 62-55.

“It all came down to effort and who could play until the last second,” Franks said. “We played all 40 minutes tonight.”

Lisa VanCampen, a redshirt senior biology major from Morgan, said, “We definitely focused a lot on defending their actions and making sure they got taken out on what they wanted to do.”

VanCampen led the Trailblazers with 12 total rebounds against MSU Denver.

The Trailblazers won its second consecutive game with another home victory over Chadron State College, 87-52.

VanCampen said the team definitely has talent and athleticism.

“Getting to make plays for each other, I think, is a big emphasis for us,” VanCampen said. “Playing as a team and getting in that rhythm together. Nobody can really stop us after that.”

The victories over MSU and Chadron State were the Trailblazers’ first two games back from winter break and the start of the second semester.

“They come ready for basketball,” Yazzie said. “I thought we had a great week of practice and it didn’t affect anything. We prepped every single day and showed the girls what they do.”

The Trailblazers travel to Lakewood, Colorado, for their next matchup against Colorado Christian University on Jan. 18 at 5 p.m.