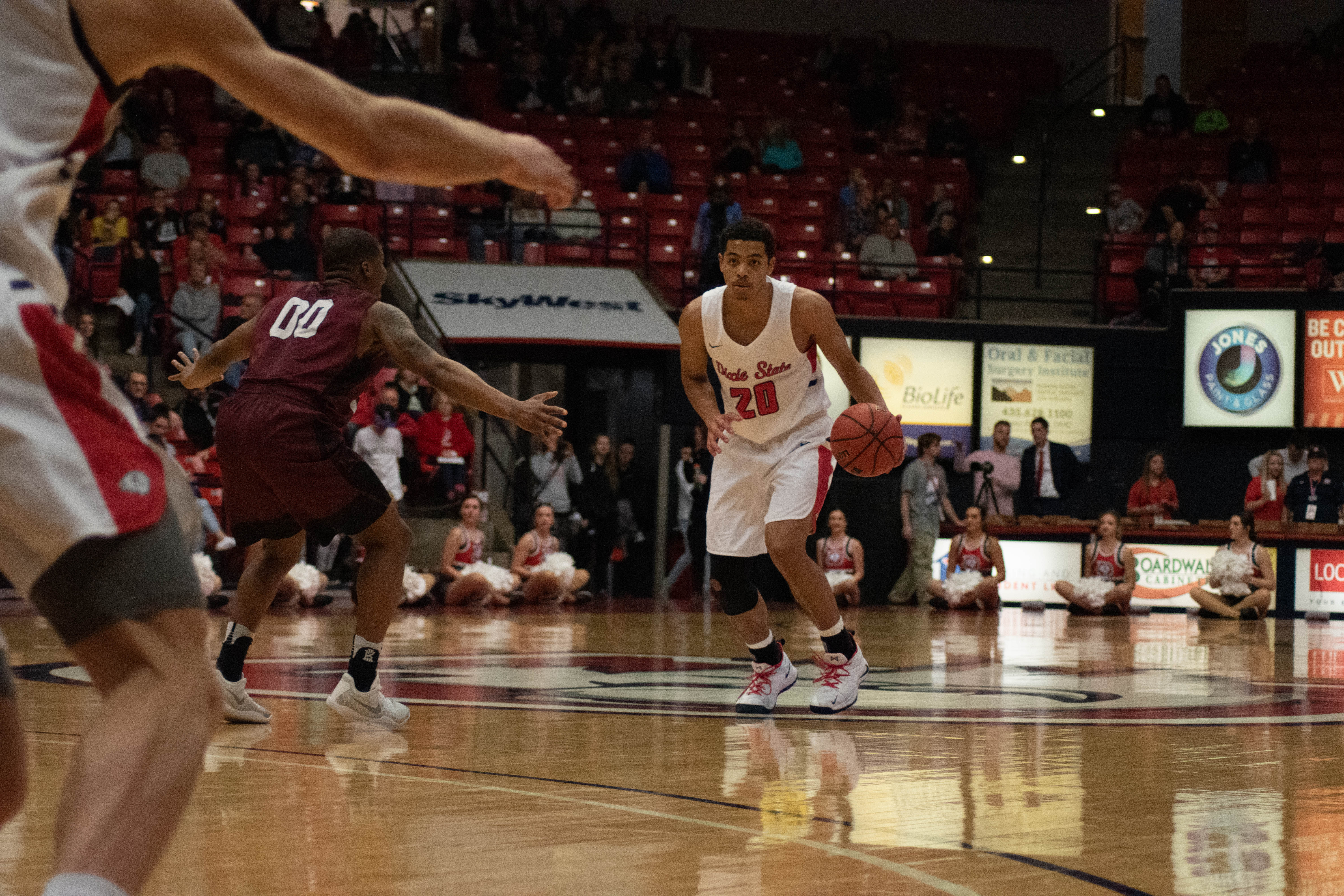 The Dixie State University men’s basketball team won its first game back from winter break but came up short in the second game.

The Trailblazers snapped their five-game losing streak with a victory over Metropolitan State University of Denver, 69-38.

Matt Conway, a junior pre-med and Spanish major from Chandler, Arizona, led the Blazers in points with 19, and rebounds with 13 total.

The victory over MSU Denver was the Trailblazers first game back from winter break and the start of the second semester.

Head coach Jon Judkins said the teams intensity was a lot better than in previous games.

“It was fun to be home,” Judkins said. “The crowd was outstanding. With the announcement of going D1 and having a red out, I think our guys really appreciated that.”

Andre Wilson, a junior recreation and sports management major from Moreno Valley, California, led the Trailblazers in points with 16 total. The Trailblazers were out-rebounded by Chadron State 27-46. Leading DSU in rebounds was Dub Price, a redshirt senior from Draper.

Despite a 1-5 record on the road, the Trailblazers look to turn things around as their next four games are away.

Jack Pagenkopf, a junior business administration major from Brooklyn, New York, said; “We need to keep the energy up in practice. Expect a win. Expect the next one too. And just keep playing hard. We know we’re a good team. We just got to keep it up.”

The Trailblazers’ next matchup is against Colorado Christian University in Lakewood, Colorado, on Jan. 18 at 7 p.m.