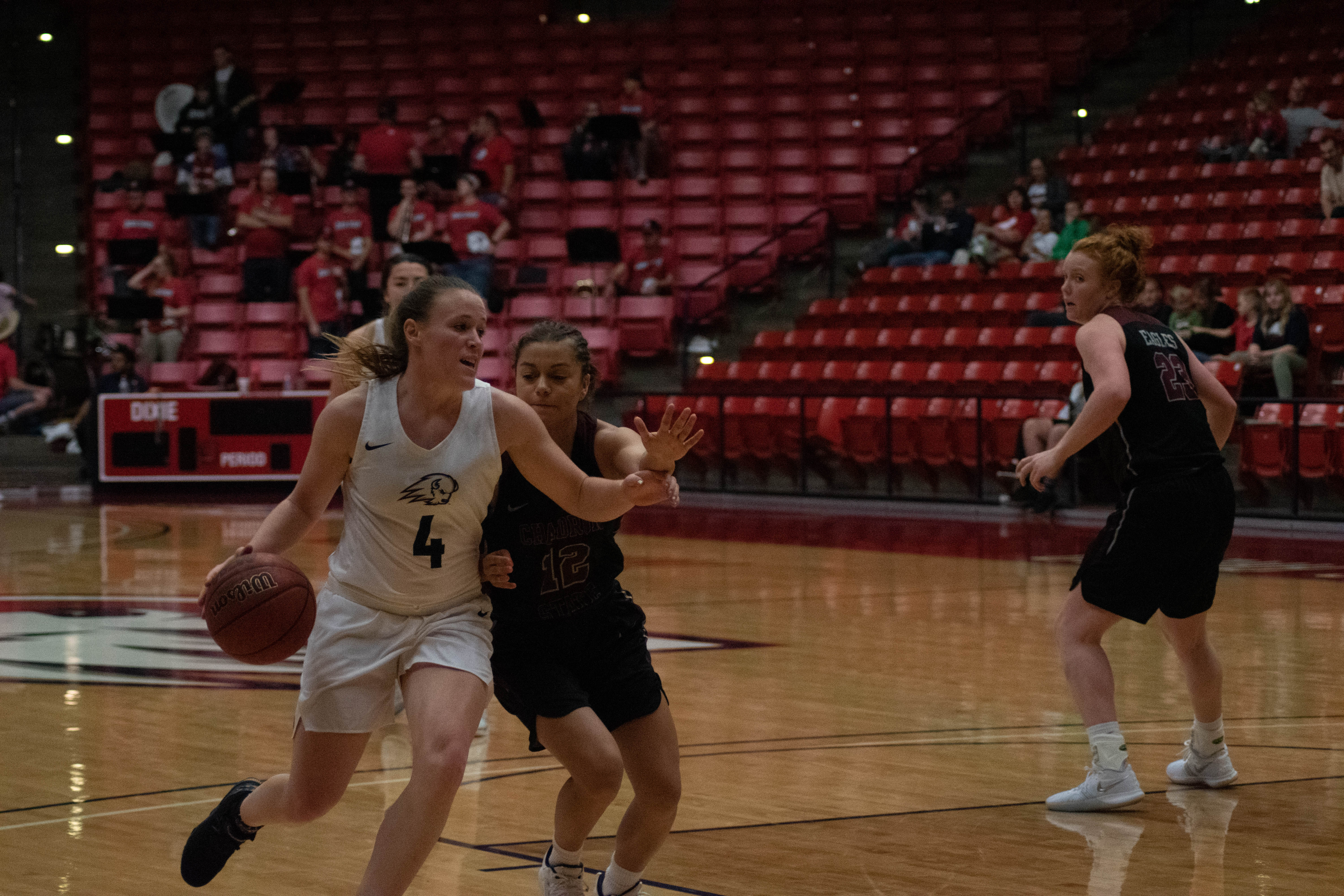 “It call came down to effort and who could play until the last second,” Franks said. “We played all 40 minutes tonight.”

This win improves the Trailblazers’ record to 7-5 overall, and 3-5 conference.

Lisa VanCampen, a redshirt senior psychology major from Morgan, said, “We definitely focused a lot on defending their actions and making sure they got taken out on what they wanted to do.”

The Trailblazers look to keep the momentum going in the M. Anthony Burns arena at 5:30 p.m. on Jan. 12 against Chadron State.