Student body president aims to follow through on campaign promises 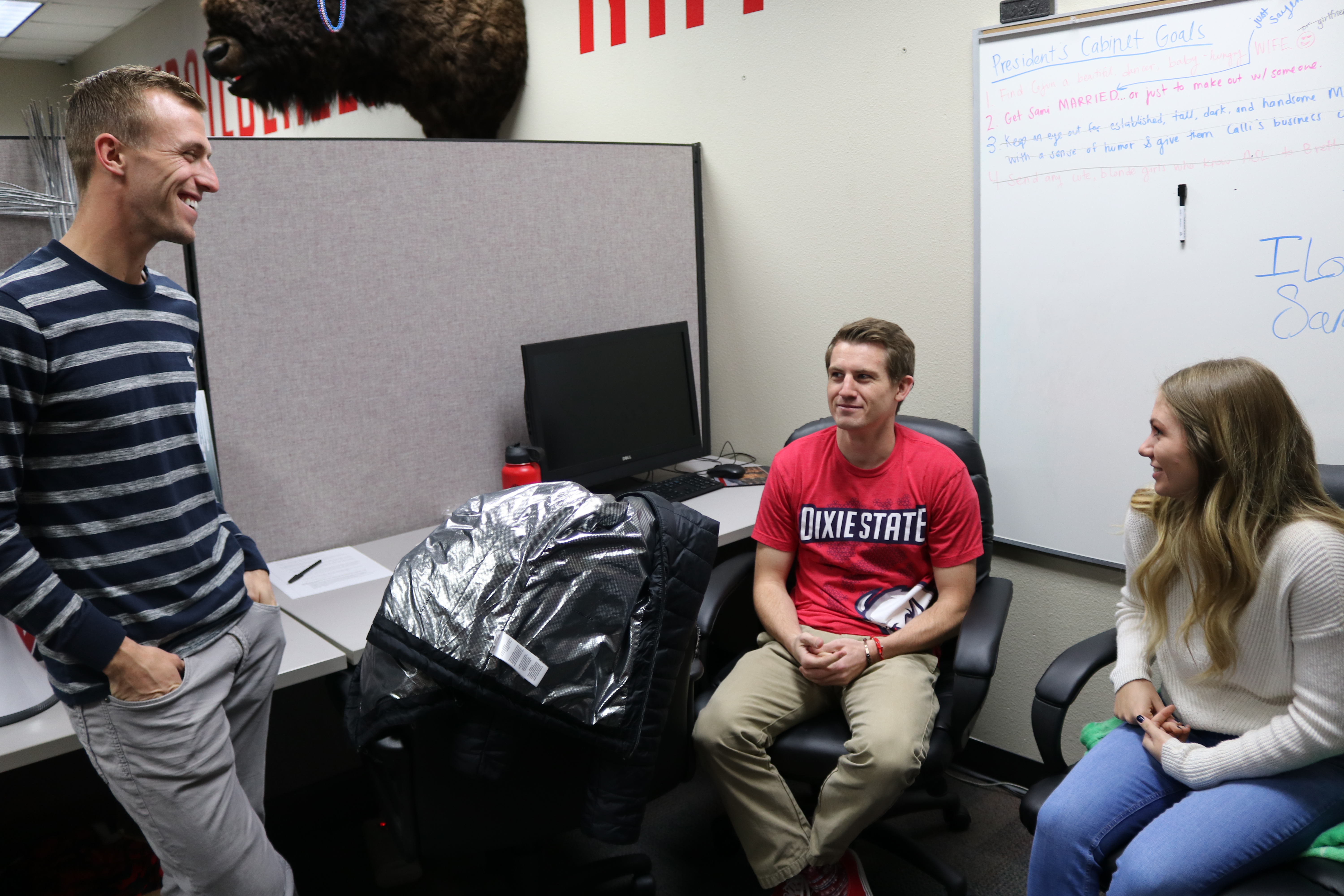 As of the fall 2018 semester, Syrett said he believes he has started to accomplish that goal.

“I have planned to implement being honest, integral and transparent by making sure students have information that is public,” Syrett said. “The biggest tool we’ve utilized this year is the Dixie Insider on the Blazer Digest in each restroom on campus. Every week, the Executive Council comes up with a topic that students might not be up to date with. Like the rumors about Division I, for example. If there’s any buzz on campus, I work with the administration to make sure students get the information they deserve.”

English professor Susan Ertel said the Dixie Insider is definitely important, but it might be more effective if it were edited for conciseness and if its font size were bigger.

“There’s transparency, and then there’s wordiness,” Ertel said. “[And unfortunately,] most people aren’t going to take the time to read a long paragraph in a small font size.”

Syrett also promised to add a student voice button to the student government’s website. He said the suggestion form at the bottom of the homepage fulfills this role.

Syrett said: “Every suggestion is forwarded to me and my chief of staff, Calli Gines. We work together to try and efficiently take in all the suggestions as well as reply to let the individual students know that they have been heard.”

“This could be joining a club, organization, coming to events, getting involved with intramurals and so many other things on our campus,” Syrett said. “If students have a genuine invitation and follow through, they now have an experience that will better unite them and instill within them more school pride.”

Lambson said: “I have been able to see a few presidents come and go. I’ve enjoyed every year for different reasons, but this year has by far been the most unified to help the organization fulfill our responsibilities and have fun while doing it. Everyone has done a great job of getting along and the reason for that, I believe, is Cajun has exemplified the theme ‘Invite and Unite.’”

Two of Syrett’s other goals are to make DSU safer and ensure resources are available for students to help them succeed in college.

To make campus safer, the Utah Student Association Board, which includes student body presidents from all over Utah, met at DSU on Nov. 30 to discuss the implementation of the initiative. The tagline is “Campus is your home, and home should be safe,” and one of the main focuses is on sexual assault, though it includes all aspects of campus safety. Another meeting will be held on Jan. 2 at Utah Valley University and will involve incorporation of different resources to help and empower sexual assault victims.

Next semester, Syrett said he plans to help students be aware of resources at times when resources are most needed. Syrett said he’s also excited to get to work on student fees with the Student Fee Allocation Committee at the beginning of the spring semester.

“This is a time that I really get to be integral to students,” Syrett said. “The committee does its best to ensure these fees are being used to benefit all students. Students already have to pay so much in tuition and fees. If they aren’t getting back from the university what they put in through experience, that’s unfair and not very integral on the university’s side.”