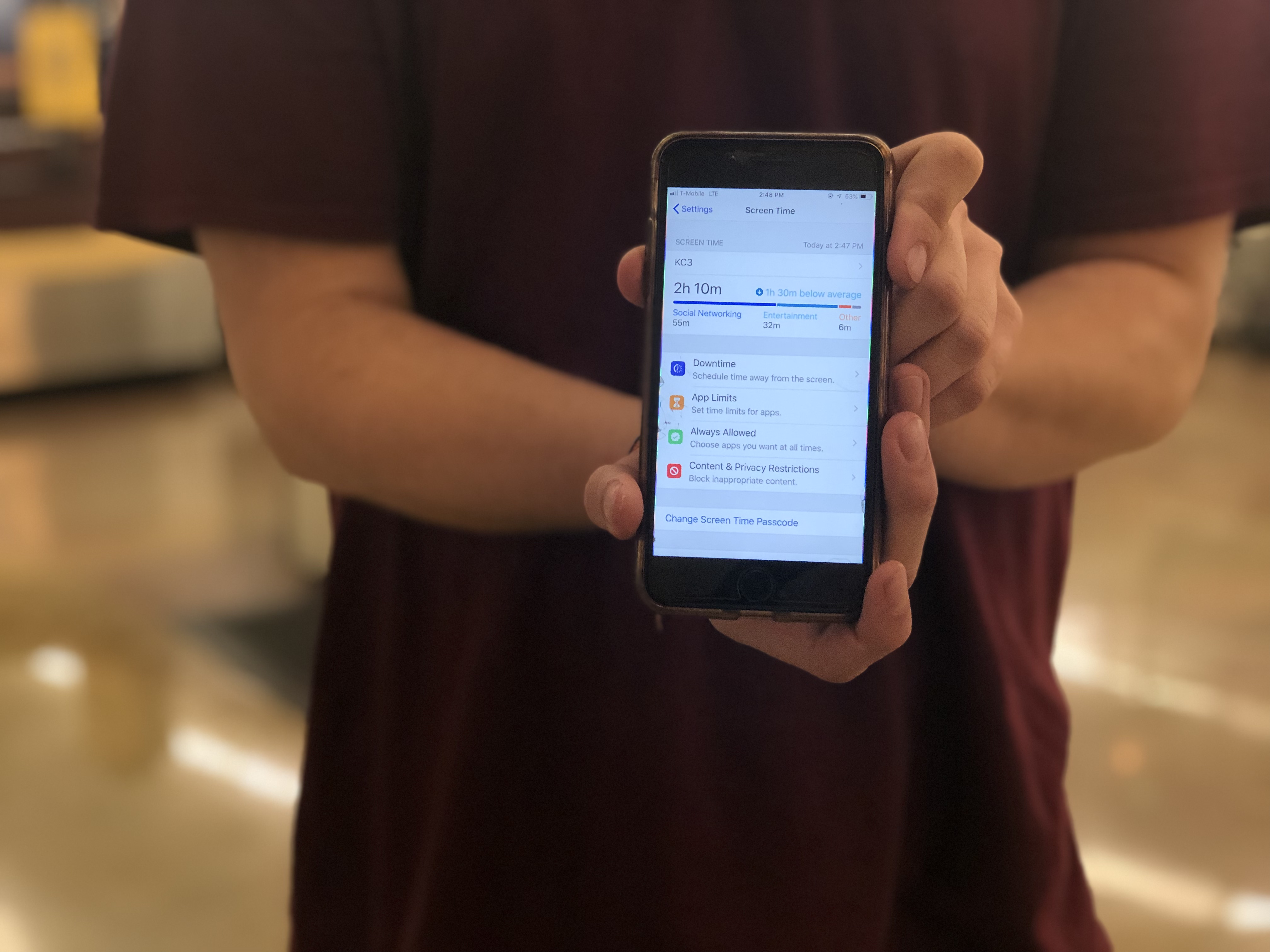 However, there was no definitive way to determine just how much time a user is spending on their phone. Enter iOS 12, and one of its several updated features: the Screen Time menu.

This feature, introduced on Sept. 17, breaks down how much time an iPhone user spends on their phone daily. In addition to that, it shows what apps they’re using the most through percentages.

“The younger people grew up with this technology at their fingertips and adapt easier to the new technology,” Maloney said.

Maloney was surprised at how much time she actually spends on her phone. Before checking her Screen Time app, she believed she spent around three hours a day on her phone.

“I use it mostly for streaming and everyday use,” she said.

However, her screen time report said her average is between seven and eight hours of usage per day.

“I thought I was pretty good about not being on my phone,” Maloney said. “I was wrong.”

Drew Wilcox, director of the physical therapist assistant program,  said he thought he only spent around 15 hours a week on his phone. His app, on the other hand, reported he spent 19 hours and 25 minutes in the previous seven days.

Navarette said she expected to spend an average of two hours a day on her phone, but her report stated four hours. She said she was surprised at this difference.

Wilcox said he believes the rise of phones and students on their screens in the classroom is a good thing, depending on how students use it.

“I’ve personally seen students get distracted by social media and other games,” Wilcox said. “But there’s so many other good apps for students to use out there.”

Wilcox said he suggests students spend more time on educational and research apps. He said he personally recommends iOrtho and Grey’s Anatomy to his students.

Though most data suggests that Gen Z uses smartphones more than any other generation, there’s no denying that we’re living in a technology-dominated society. This addition of the Screen Time feature may help users take a step back and reexamine just how much time they’re spending on their smartphones.