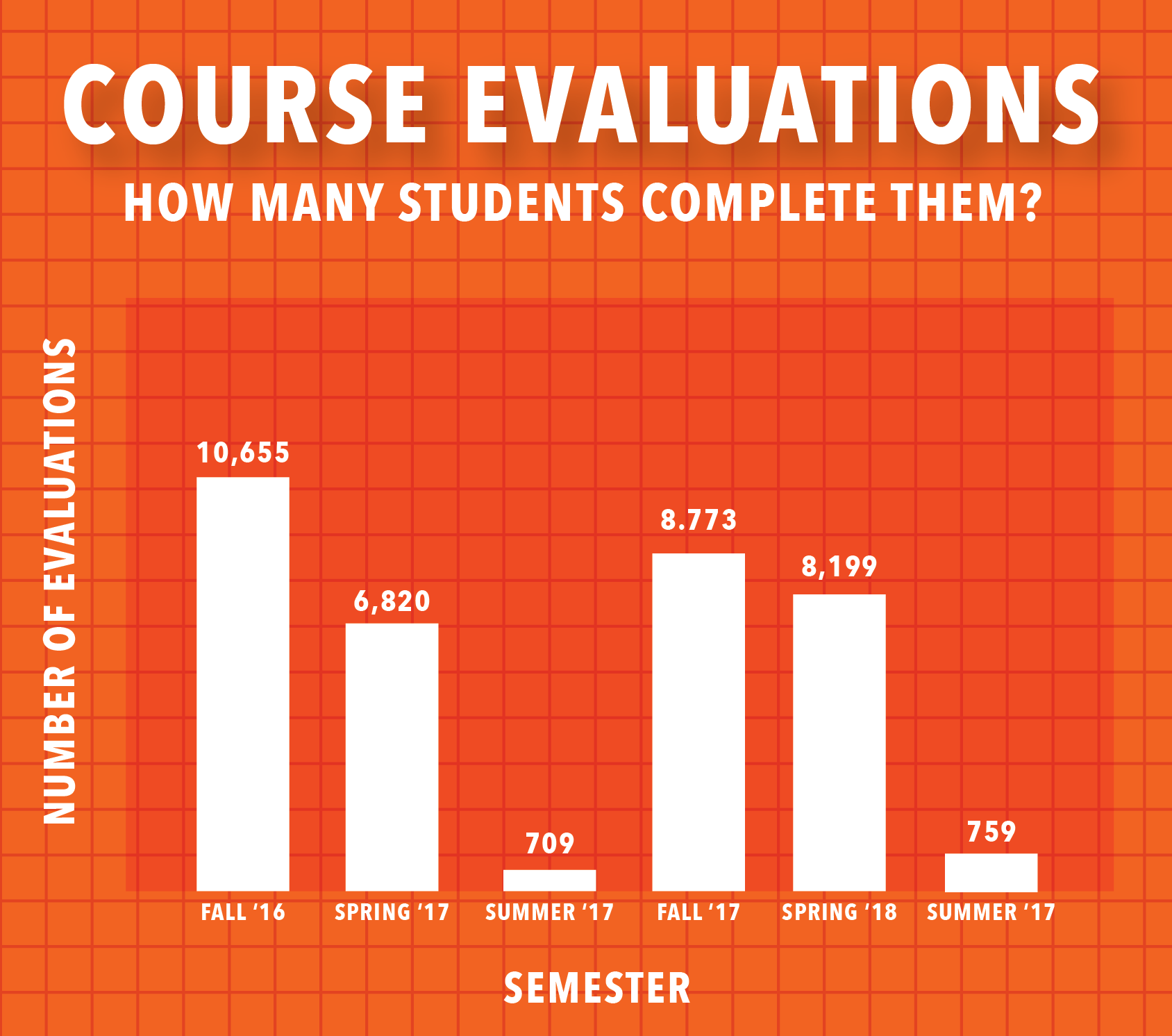 Students often hear they should fill out course evaluations at the end of the semester to help gauge faculty performance and improve future classes, but many aren’t filling them out.

Curt Walker, chair of the university faculty review committee and professor of biology, said the course evaluations help professors when they apply for tenure or promotions.

Walker said in previous years there was a larger student return rate and more comments that helped him adjust his classes. He said he thinks that students should fill out course evaluations.

“So, when students say nobody looks at them that’s complete crap,” Walker said. “Believe me, I’ve looked at tens and thousands of them. People do look at them, absolutely.”

More people than professors look at the answers, he said. The answers can add to the professors’ portfolio, help them to be promoted, become tenured or even both in a few cases, he said.

Only the faculty get the answers of the course evaluations, Walker said. He said after all the finals are done, he looks at the response for trends so he knows what he needs to improve on. He said he takes the comments seriously, and if several students ask for something like a quiz in-between tests, he would see how he could make it happen in his classes.

The answers area analyzed based on a few factors, which include the amount of evaluations returned, the number of students in the class, and the students’ bias, etc., he said.

Lacourse said he is not surprised that the numbers of responses have dropped because students just forget or do not want to fill them out.

Rogers said that most students do not fill out their course evaluations and the response rate is getting lower. She said that she thinks students have a fear that the professor will know what the student said, but that the students should not feel that way.

Maybe students need to remember or even know that it’s anonymous, she said. The evaluations go through a third party and students’ names are not included, so more students should fill them out, she said.

Lacourse said there are several ways to try and improve how the evaluations are done but that it is a work in progress right now.