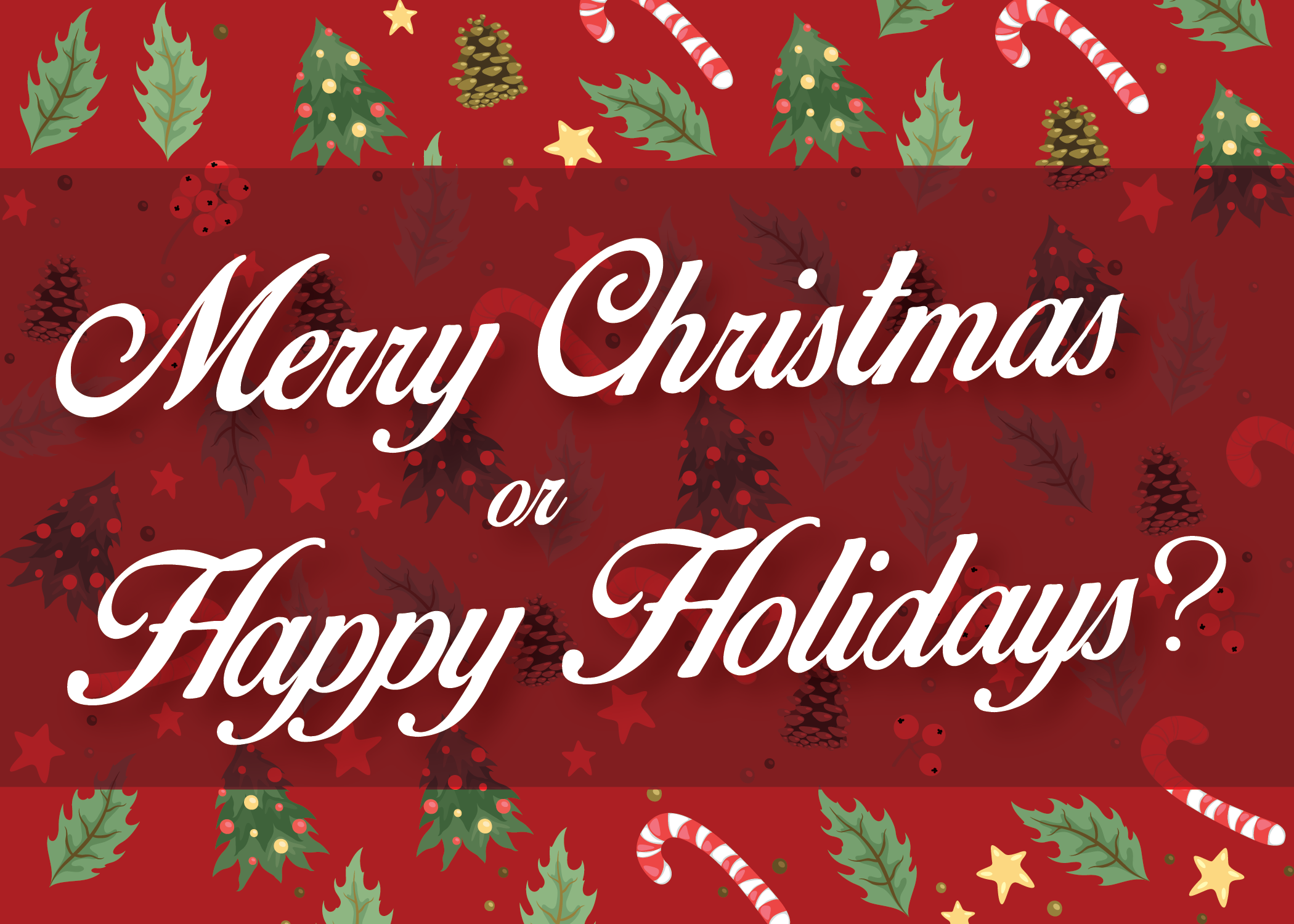 People all over the world should be able to wish each other a “Merry Christmas” without fear of offending one another.

Don’t get me wrong, I don’t believe any certain religion or its holidays are more prevalent or important than any others. There has just been an enormous amount of backlash in recent years regarding Americans’ apparent overuse of “Merry Christmas” as their primary season’s greeting.

The majority of people who face the dilemma of whether to say “Merry Christmas” or some other form of “Season’s Greetings” are not people you run into on the street or your cashier while getting coffee. Corporate America — the big companies such as Walmart, Target, etc. — are the ones worried about what they put on their holiday ads and what they allow their employees to say.

For many parts of the world, Christmas is not necessarily a reference to the religion of Christianity, but rather, a season. According to an article written by The Guardian,  “the saying in Britain seems to have lost its religious meaning. People say it regardless of whether or not they celebrate Christmas, and businesses feel no remorse whatsoever at openly calling things ‘Christmas sales’ or ‘Christmas parties’.”

While I personally do not condone the over-commercialization of the holiday, often times when we speak of Christmas, it’s not a nod to the birth of Jesus Christ but rather the time of year when we bundle up in coats and beanies and drink hot chocolate. There is nothing wrong with wishing someone a happy winter time, right?

Unfortunately, some people still do think this is wrong. In fact, according to the Chicago Tribune, in polls taken this month, the country near-exactly split. The results were 47 percent for “Happy holidays” and 46 percent for “Merry Christmas.”

The world we live in today is extremely careful to be politically correct, which is not a bad thing by any means. Appreciation and respect for all cultures and ways of life is more prevalent today than it ever has been in years past. However, in an effort to not offend anyone, we are losing so much of what makes our country unique. We have so much diversity and variety throughout the United States that should be celebrated.

The bottom line is you can’t quite sum up the meaning of Christmas in a short article in a newspaper. However, you can definitely sum up what it is not. It’s not intentional exclusion of other religions or trying to offend those who do not celebrate. Those who wish others a Merry Christmas and truly mean it would have the same respect and appreciation when they are wished a happy Hanukkah, merry Kwanzaa or any other form of happy holidays. The best response is always a genuine “thank you.”