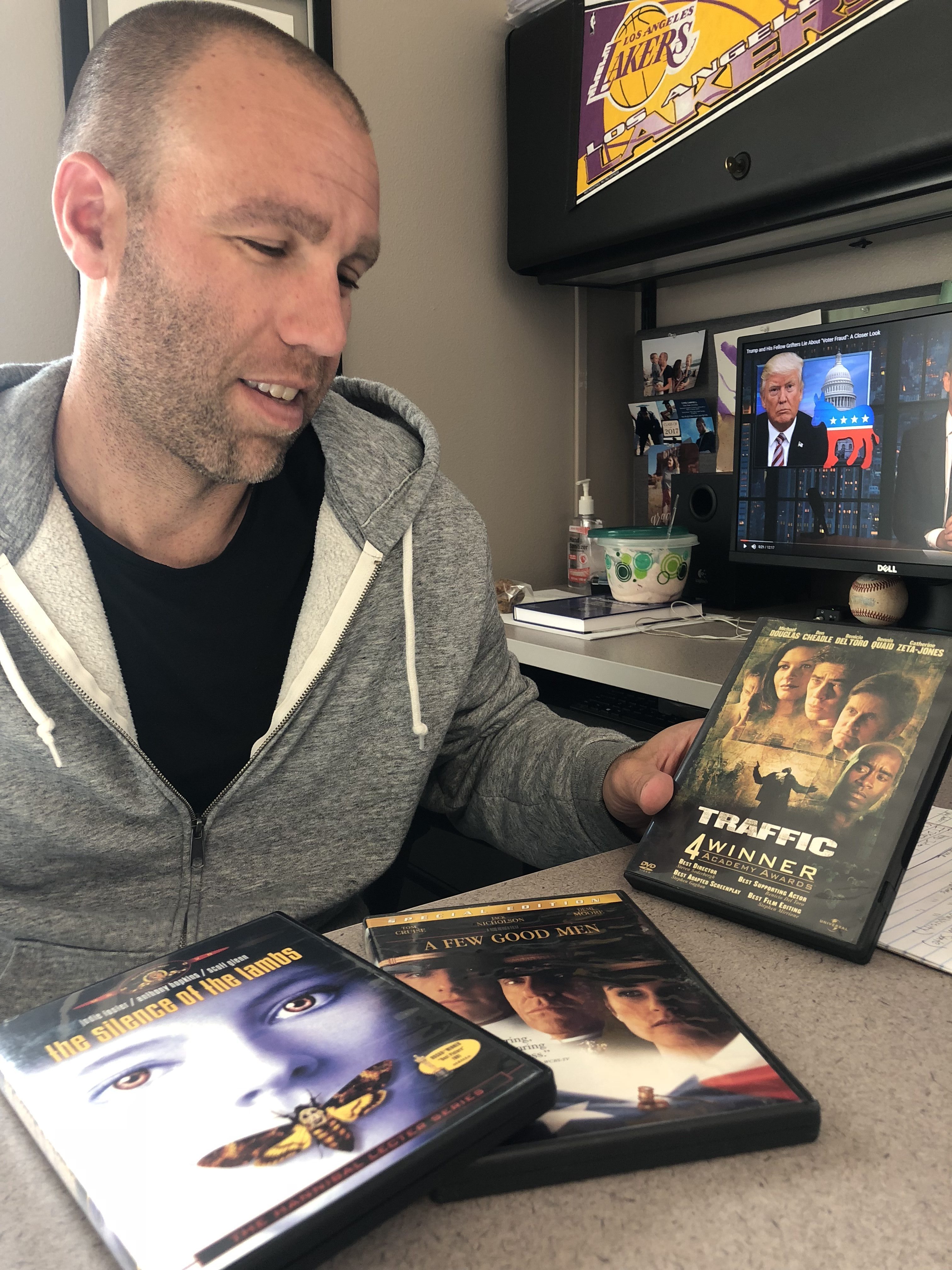 Lish Harris is an associate professor of criminal justice at Dixie State University, and he has been teaching there for eight years. Through his research, he was introduced to the subject of criminal justice while he was an undergraduate student. Photo by Jessica Johnson.

Lish Harris, program head and associate professor of criminal justice, holds a doctorate in criminology from Florida State University and has been teaching at Dixie State University for eight years. Harris said he is dedicated to his field of study and considers criminal justice his passion professionally, but he is also a firm believer in separating his work life from his personal life. In general, his biggest passion is his family, he said, which is shown throughout his office where pictures of them move across his computer screen one after another.

Q: If any, what books or T.V. shows spurred your interest in criminal justice?

A: “I don’t know that there were any that made me interested in the field. I got pulled into the field by working with a professor on some research. When I was an undergraduate student, I started participating in research with a professor who had me going to jails and prisons to interview drug offenders. Then he’d have me spending time with parole officers that were working with drug offenders and evaluating that process. So, I got a lot of experience being around the corrections system and being around parole and probation. And then when I was looking to go to graduate schools it was just kind of a natural fit for me to continue down that path of research, and I’ve enjoyed it.”

Q: How does accuracy in crime shows and movies affect your enjoyment of them, and do you think crime is portrayed right?

A: “I don’t really get caught up too much on the accuracy of things because if I’m watching something for entertainment, I try [to] just let it entertain me.

But yeah – crime, generally speaking, is misrepresented in most forms of media. Whether it’s news reports [they] tend to focus primarily on violent crime. The majority of Americans tend to think violent crime makes up something like 50 percent of crime in the United States, but it makes up about 10 percent. But when you look at media reports, 70 or 80 percent of reports cover violent crime because that’s the crime that hits nerves for viewers. And the same can be said for fictional shows. Whether it’s ‘Law and Order’ or what version of ‘CSI’ is currently on television — I don’t know. But those shows misrepresent how efficient the criminal justice system is, how quickly it works, and the techniques that are available on investigations. So, people have a very skewed perspective of how the criminal justice system actually operates.”

Q: What would you say to students who are wanting to choose criminal justice as their major?

And so, I think it’s nice because if students are interested generally in behavior and the application of our understanding of behavior in society, this is kind of the intersection between those things. We’re not just examining why people make any type of decision, we’re trying to figure out why they make the decisions that they have been told are wrong, but they still do that, and how society responds to that. And people will fall on a whole wide spectrum of how they want to turn that into a profession, and I think that’s fun.”