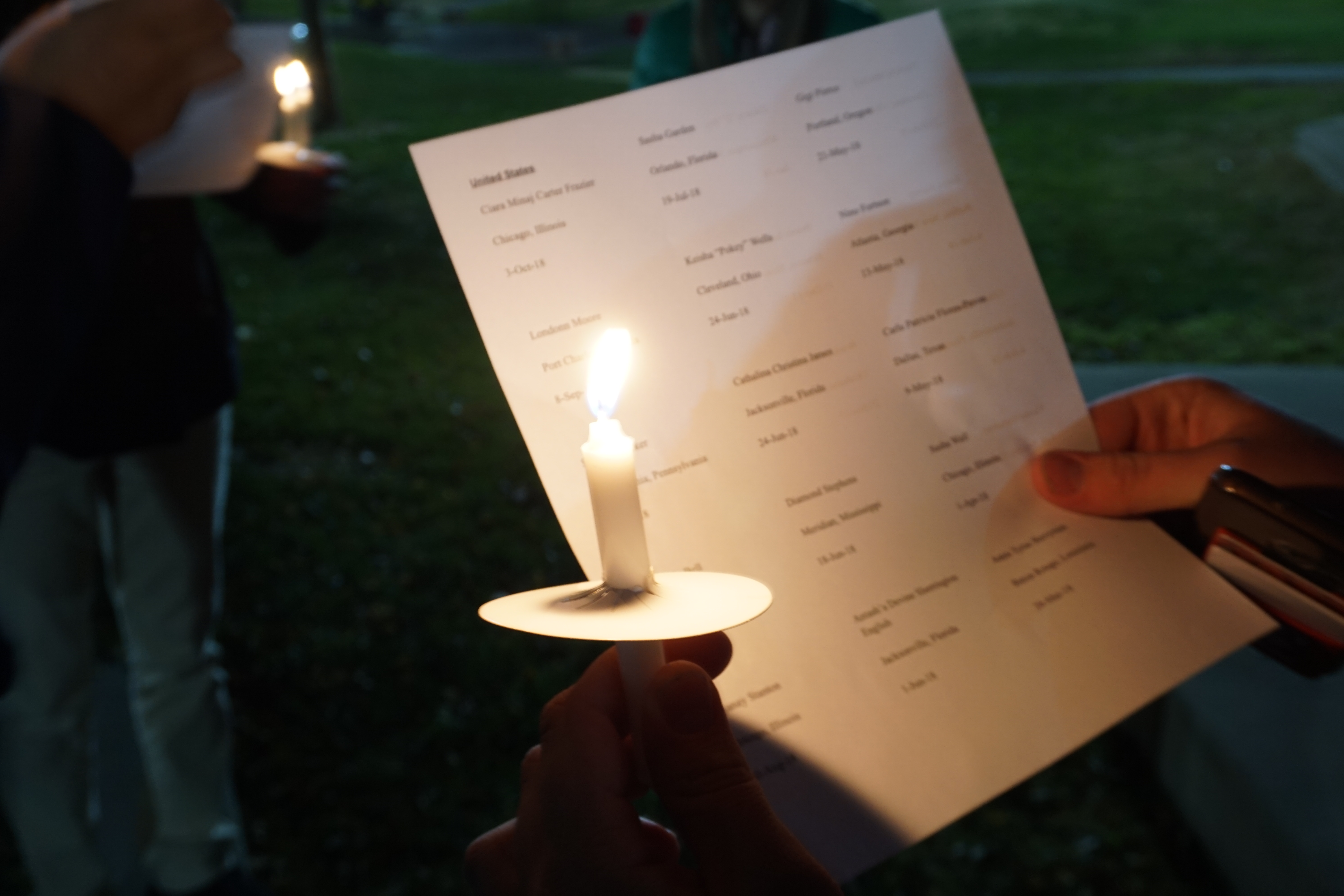 The LGBTQ+ community and others came out Tuesday, Nov. 20, to honor the lives that have been lost from anti-transgender violence.

A candlelight vigil was held on the Dixie State University campus. Students and faculty came together to pay their respect to the Transgender Day of Remembrance. Students opened up about how their personal lives have been affected by transgender individuals in their lives. Although it was a small crowd, everyone had something powerful to say.

TDOR raises awareness for hate crimes and expresses love and respect for the transgender community, according to the TDOR official website.

Tanner Gilman, a freshman theater major from Pocatello, Idaho, said, “I have a cousin and now sibling who have come out as trans and so I just kinda know it is super important to have support and be a supporter.”

This year 369 individuals were killed around the globe specifically from anti-transgender violence or hate crimes. This does not include those who have been lost from things such as suicide or domestic violence. Out of these 369 individuals, 167 are from Brazil, 71 are from Mexico, 23 are from the United States and 21 are from Columbia.

Katie Perkins, the LGBTQ+ Resource Center coordinator, said there is an overall increase in the number of deaths compared to last year and the most common group that is affected are transgender women of color.

Teresida Rodriguez, a junior surgical assistant major from West Jordan said, “In their heart, that person feels what they want to feel, just like you do.”

Perkins said she encourages students to come to the LGBTQ+ Resource Center, located in room 207 of the Browning Learning Center. Perkins’ job is to direct any students who identify as LGBTQ+ to resources they may need such as health care, potential scholarships, peer mentoring programs and a place to feel safe.

Perkins said the LGBTQ+ Resource Center on campus plans to hold this event every year and hopes that students will spread the word and encourage more to attend.

TDOR is held on Nov. 20 every year to honor the memory of those lives that were lost in anti-transgender violence throughout the year. More information on the history of TDOR can be found at https://tdor.info.