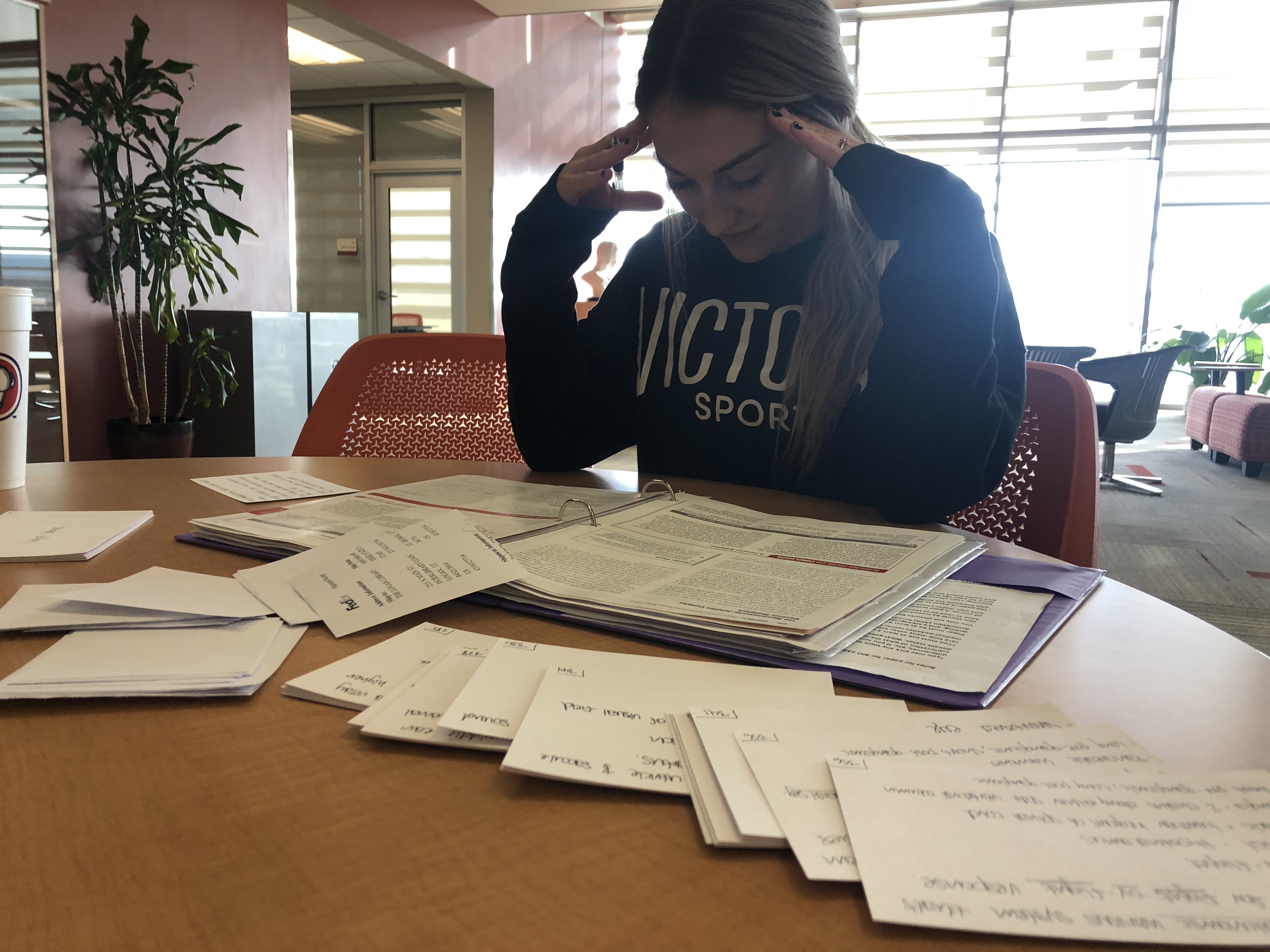 Professors should really try coordinating deadlines with each other.

I had two essays, a quiz and a major project all due on the same day. It happens to me at minimum once every single semester. Not necessarily that specific line up, but definitely something like it.

If I didn’t know any better, I’d think professors were plotting together to make sure all their deadlines align. Simultaneous deadlines will be the death of me; unless professors try coordinating staggered deadlines instead of lining them all up on the same days.

Mondays especially are terrible for deadlines. Who actually remembers to do their assignments over the weekend? According to a debate on debate.org, 86 percent of respondents said homework shouldn’t even be assigned on weekends in the first place, with one reason being the level of stress that’s induced.

Personally, it would be way easier if all my major assignments weren’t due on either Monday or Wednesday. Especially Monday, because that’s when I copyedit the Dixie Sun News newspaper between classes. And sometimes during classes; sorry not sorry to my Monday professors.

Don’t judge me. According to an article from The Washington Center at the Evergreen State College, anywhere between 50 and 95 percent of college students procrastinate. At least I try to have things done and turned in by the due date.

Obviously, it’s not as easy as telling professors to work together and then letting the rest work itself out. Staggered deadlines require planning and research; specifically, research into statistics about what deadlines will conflict for the majority of students.

A post from Vassar College’s official blog said: “A student’s schedule of academic work is like a Chinese puzzle box— there’s so many parts and if one moves— if a professor puts off an assignment or changes an assignment, then that affects everything else.”

This isn’t a rant against specific professors. My professors are generally accommodating. But they wouldn’t need to be accommodating in the first place if there were staggered deadlines already in place.

Let’s stop simultaneous deadlines that create a sense of impending doom in already stressed out college students. Stagger those deadlines for the sake of sanity and mental retention rates. It will be a win-win situation for students and professors if done right.