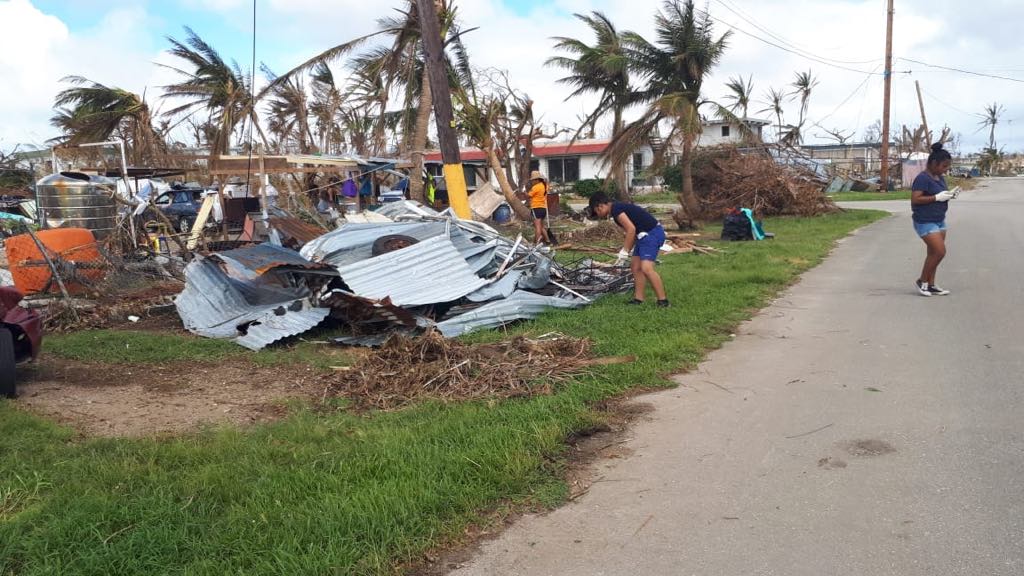 On the night of Oct. 25, Allison Arellano sat in her Raintree apartment refreshing her Twitter and Facebook feeds. She was watching live updates as her home, the U.S. Commonwealth of the Northern Mariana Islands, was being crushed under Super Typhoon Yutu, the strongest typhoon on record to hit U.S. soil.

The storm’s rippling effects are continuing just as strong at Dixie State University. DSU is home to the largest group of Million Dollar Scholar students in the states from the CNMI island of Saipan. MDS is a foundation in the islands dedicated to preparing students for a stateside college education, and a three-year partnership with DSU.

Arellano, a junior integrated studies major, was one of the first MDS students to become a Trailblazer, but there are now over 20 in the group. Arellano and most of the group is still without means to directly communicate with their families on-island.

On the night of Oct. 25, Arellano and her peers were glued to their phones as social media was the only way for them to receive updates from their home island that was out of power and under the storm.

“All I could see on social media was videos of peoples’ tin roofs slamming into cars and windows, and huge water containers flying,” Arellano said.

She knew right away this storm was going to be stronger than any she had seen before. Many of the students’ families lost their homes, cars and belongings to the storm.

“I feel really useless but I want to help however I can,” said Michael Fitial, a freshman criminal justice major from Saipan. “The whole purpose of me coming here for college is to go back and help my home, and I want to be sure I have a home to go back to.”

Arellano said the damage and the items lost don’t matter to her anymore, as long as she knows her family is safe.

Dionessis Jone Valdisimo, a freshman general studies major from Saipan, said he agreed not knowing the state of his home or family was nerve-racking, but he was relieved to learn his family and home are still in good condition.

“It just makes it hard to focus on school and everything knowing what happened,” Valdisimo said. “Since other people can’t understand what we’re going through it’s nice to know we have each other for support.”

Arellano said the group feels guilty for being in stable conditions in St. George without being able to help their families.

“We have a roof over our heads, we have power and we have food,” Arellano said. “But how are we supposed to be happy knowing our families are out there suffering right now?”

Despite the plight of the islands, the three agreed there is a light at the end of the tunnel.

“I have never seen Saipan stronger than it is now,” Arellano said. “They’re really coming together.”

Fitial said he is happy to see his island working hard to overcome like never before. He said after Category 4 Typhoon Soudelor slammed the island in 2015, the island learned the hard lesson of coming together after disaster strikes. The three said their community is flourishing, and the only thing they can do is continue their studies with the comfort of knowing it’ll be worth it in the long run.

“I would say DSU has been a huge part of our education back home,” Fitial said. “If we ever look toward education in the states, we always look at DSU — DSU is going to help our home prosper… I’m just going to keep working hard.”

Van Gils began a GoFundMe with his non-profit that has already raised over $80,000 since the storm hit, all being used as relief efforts. The CNMI is now working on rebuilding and prospering as a community, and with the generosity of others. Arellano, Fitial and Valdisimo encourage others to donate and be a small part in their community’s success story.

CNMI Governor Ralph D.L.G. Torres said: “My heart goes out to all those who call the CNMI home. But what we suffer through together, we will overcome together… Our community, our neighbors, our friends and our families are ready to rebuild stronger and faster than this typhoon…  I love you, Marianas, and I will do everything in my power to ensure we get back on our feet.”