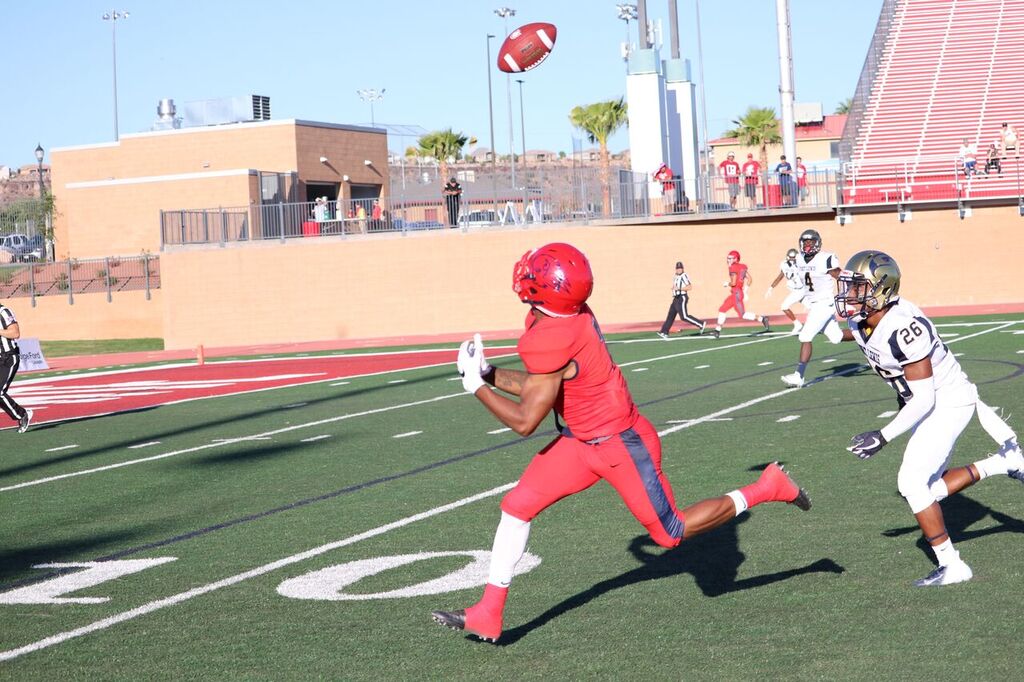 As this historic football season comes to a close for Dixie State University, the Trailblazers defeated Adam State, 52-10, on Saturday in Colorado.

“[The game will be] a tough one [because] we don’t have our crowd with us; our fans and our family,” Moeai said.

Moeai said the game means a lot for the seniors and they are going to come to the game with a high level of energy for the whole game.

“[The team has] the whole world against us and we are confident in one other and trust one other,” Moeai said.

He said he is sad that it is the last game, Moeai said.

“I feel pretty good [about the coming game],” Roberts said.  “Being a senior, [the last game] was a real special game, being able to beat the No. 6 team.”

He said, even though the team beat the No. 6 team, Colorado School of Mines, they need to play their best and not give up. He said he wants the team to finish the season out strong. The team wants to keep going hard and make their seniors proud in their last game, Roberts said.

Roberts said this season they have the best talent in the team.

Head Coach Shay McClure said this game is different because the supports are not able to be at the game (unless they travel), but the team creates their own energy for the game.

This season, the team has had a better practice structure, McClure said, and other teams have also changed the way they practice.