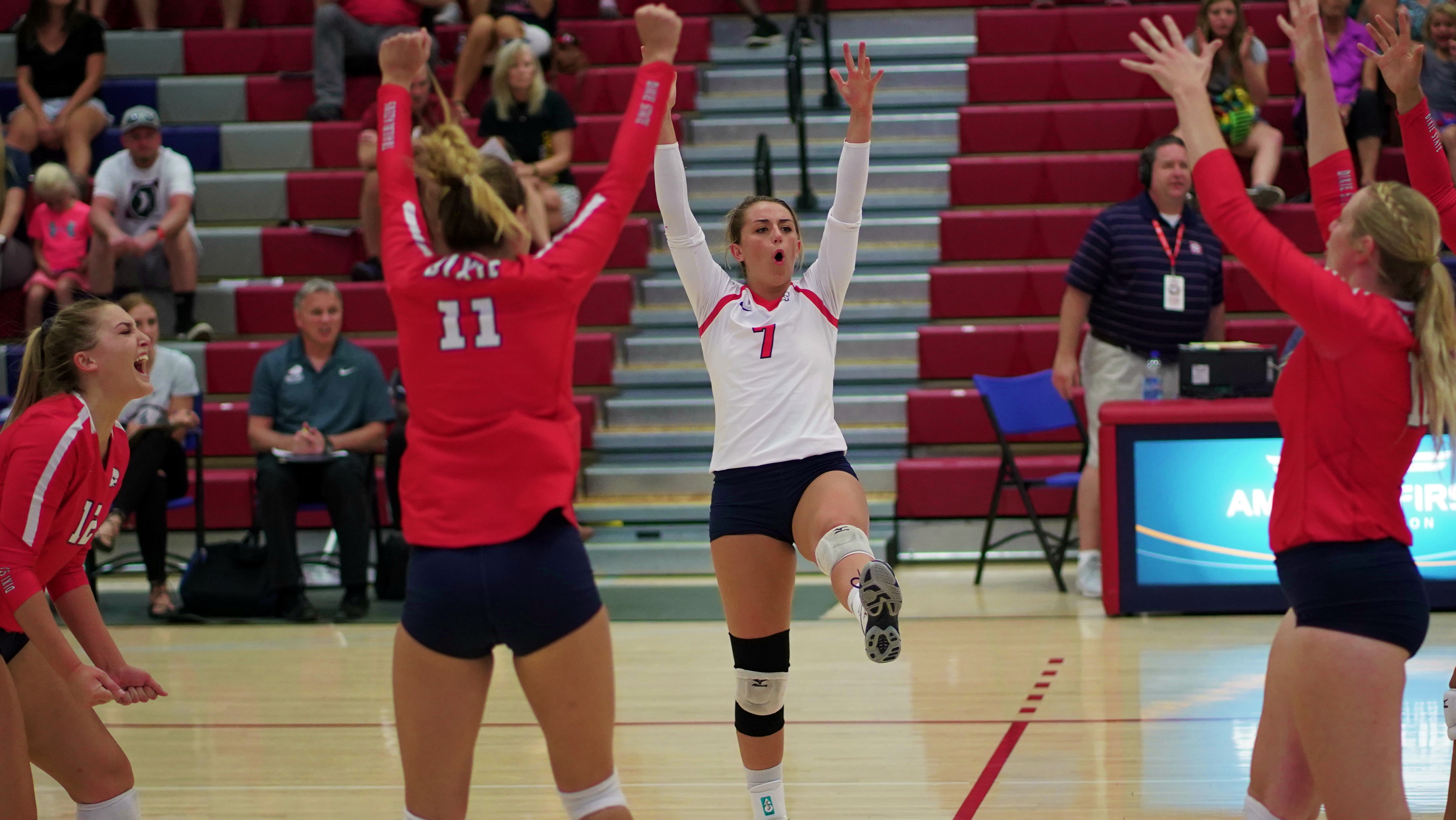 Last week’s three-set sweep against in-state rival Westminster College was a great success, but added pressure to what came next: the quarterfinals.

“Beating Westminster was good but not enough,” head coach Robyn Felder said before the match began. “We have beat [Colorado Springs] before, but we are approaching this game as is it, possibly season ending.”

The four-set match began with a quick victory from DSU in the first set, and followed suit with the second. The real pressure began in the third set, where the Lions lead with an unanswered five points. Their lead continued and they quickly gained victory of the third set.

DSU held a six-point lead the majority of the fourth set, ensuring the set win and the desired spot in the semifinals.

“I’m honestly not surprised that we won,” said middle blocker Malary Marshall, a senior web design major from Hurricane. “We have worked every single practice and game for these moments, we deserve this win.”

The conference bracket projects DSU will face co-champion Colorado School of Mines Friday for the semifinals on Nov. 9.

“It’s hard because I want to celebrate tonight’s win, but we need to focus now more than ever,” said setter Kara Moore, a business major from Lehi.