Lawsuits, claims against DSU made 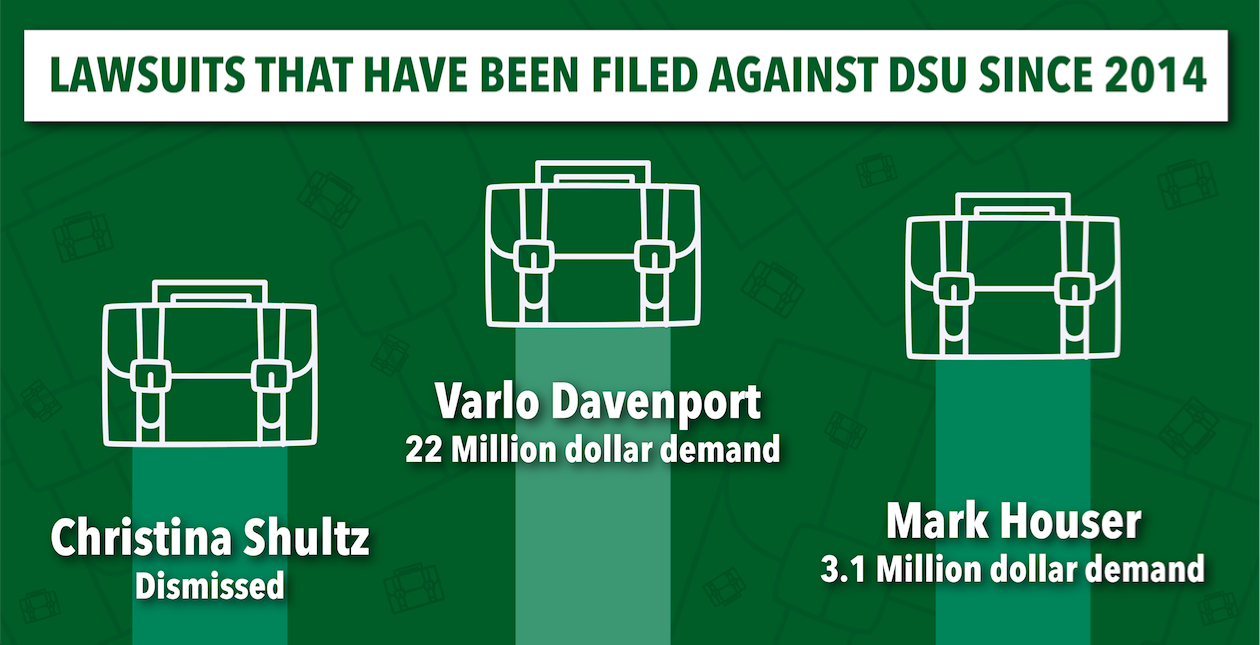 Since 2014, Dixie State University has been involved in multiple negative press stories surrounding the alleged poor treatment and termination of professors.

According to general council Doajo Hicks the following lawsuits have been filed against DSU since 2014:

Former-professor Ken Peterson also says he will be pursuing legal action against DSU.

Varlo Davenport, a former professor who was terminated on and acquitted of assault charges in 2015, is filing both a federal and state case against DSU. According to Davenport’s 71 page complaint, he is suing for violation of his first and fourteenth amendment rights as well as breach of contract.

According to the complaint “defendants… violated Davenport’s due process right to a pre-termination hearing by firing him on Dec. 5, 2015, without notice, an explanation of the employer’s evidence or an opportunity for Davenport to present his side of the story.”

Davenport said throughout the process all he wanted was a conversation and that, despite the lawsuits, he wants to see DSU succeed as an institution.

“Me, my wife, we sacrificed to make an award-winning theater program… we still want DSU to thrive,” he said.

Davenport’s case will not be decided on until July of 2019.

Christina Shultz, former vice-president of institutional advancement, was terminated at the end of 2014. She sued for breach of contract, violation of the fourteenth amendment and equal pay act, and discrimination on basis of religion and sex. According to the lawsuit, President Williams placed Christina Schultz on administrative leave without providing a reason. All of Shultz’s claims were dismissed.

According to an article in the Salt Lake Tribune, former marketing professor Bryon Geddes, who was terminated in January, also claimed his termination was “capricious,” “unfounded,” violated the university’s policies and breached his contract with the school. Geddes dismissed the action in February.

As of now, Houser’s case is notice of claim, not an official lawsuit.

Hicks declined to give more information on the case.

“There are patterns,” Davenport said. “[They] never apologize. [They] never take any responsibility.”