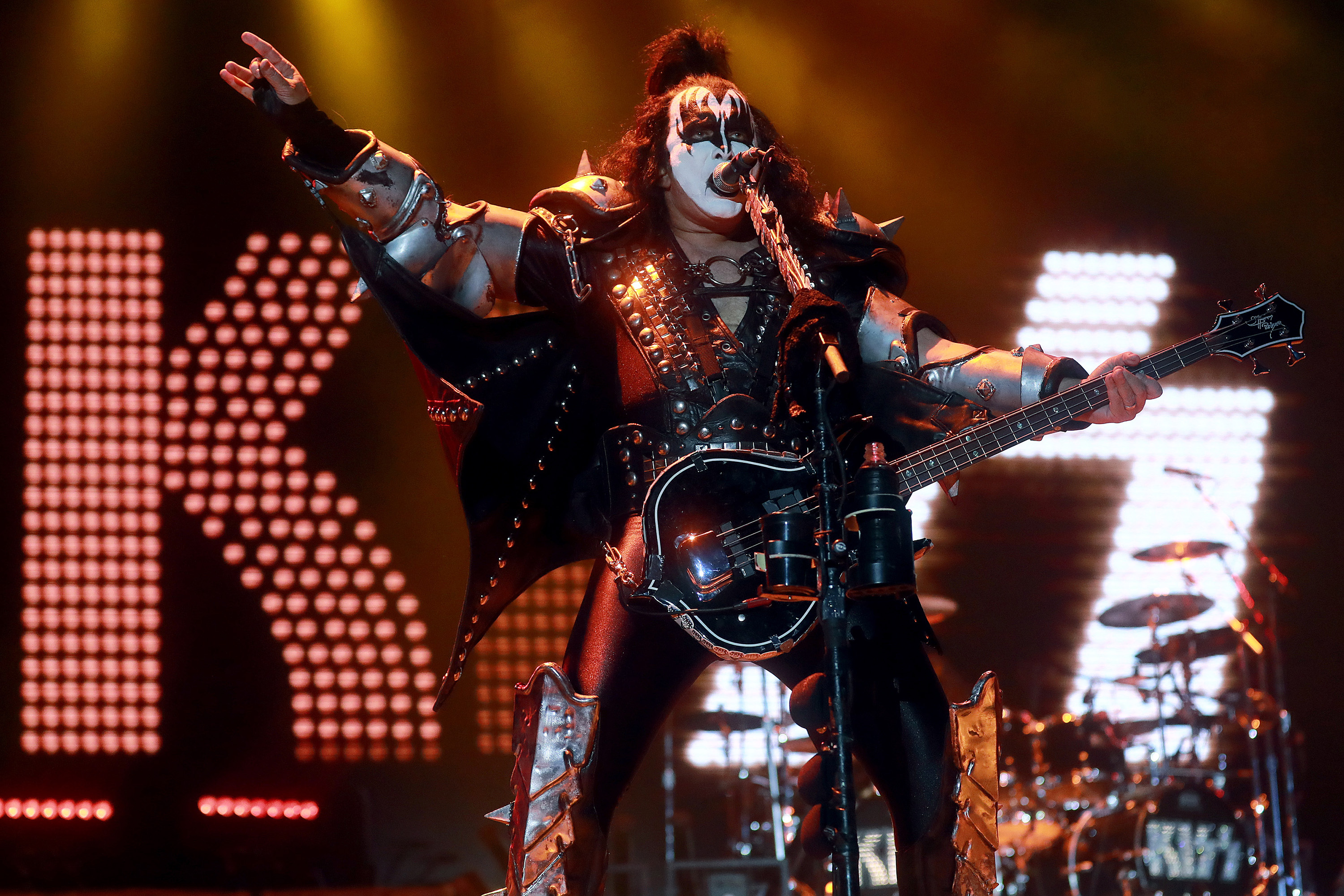 Lead singer and bass guitarist Gene Simmons of Kiss performs May 1, 2017 during a concert at the Olympic Stadium in Moscow, Russia. TNS.

About 10 years ago, I was in a Detroit casino with my pal Robert. Robert likes to play blackjack, and I don’t, so after a half-hour or so of watching him win and lose on small bets, I walked off to get a Diet Pepsi.

All around the gaming area, players hunched over their cards as pop music and cigarette smoke swirled above them. At that point, I think all I wanted in the world other than a Diet Pepsi was to be back in my hotel room and its fresher-smelling air, watching CNN or SportsCenter.

Then something remarkable happened; the sinewy opening riff from Kiss’s “I Was Made for Lovin’ You” slithered down from the ceiling speakers, followed by singer Paul Stanley’s tenor voice crying “Do, do, do, do, do, do, do, do, do!” I hadn’t heard this track, the band’s 1979 take on disco, for a very long time, and all the swagger and glitter and decadence the song embodies pierced me like a pitchfork.

Walking back toward the blackjack tables, I made up puns in my head that only members of the band’s fan club, the Kiss Army, would probably understand: “Here I am, in this city, Detroit Rock City, with a fistful of Diet Pepsi, listening to Kiss. This is a crazy, crazy night.”

Everybody knows Kiss — the guys who wear face paint and grotesque costumes — and most people with a radio have heard their songs, especially “Rock and Roll All Nite,” which gets heavy play on classic rock stations.

But appreciation for Kiss, despite its popularity and its influence on music acts ranging from the Replacements, King Diamond and Insane Clown Posse to Tone Loc and Pearl Jam has never been universal. Critics have frequently scorned the band’s primary songwriters, Paul Stanley and Gene Simmons, for being more theatrical than musical and for indulging style too often over substance.

In our house, however, we unabashedly adore Kiss, and this includes our four-year-old daughter. We can actually pinpoint the moment when her crush on “the hottest band in the land” began: she was a watching a Scooby-Doo cartoon in which Kiss and several standout songs (including “Love Gun” and “Shout it Out Loud”) play an important part.

I myself was 4 years old when Kiss released its first, eponymously titled LP in 1974. Back then, I remember feeling a little creeped out and at the same time charmed by photographs of the band’s original lineup — Paul, Gene, Peter Criss and Ace Frehley — that appeared on the covers of music magazines at the grocery store newsstand.

My parents didn’t approve, though. The sound of Kiss, like its appearance, was threatening, and they told my sister and me to listen to other music instead: Dolly Parton, Neil Diamond, Crystal Gayle, the Statler Brothers, the Muppets and so forth.

So whenever I went to hang out with the Collins brothers, two of my best friends growing up, and we listened to their copies of “Destroyer,” “Rock and Roll Over” and “Double Platinum,” I experienced a double thrill: not only was I drinking in the power-pop quasi-metal songs that sounded so right, I was also confronting the figures of authority in my life, learning who I was as a person through the music I let into my ears.

The guys in Kiss these day are all fairly old, and they haven’t released a consistently wonderful record, arguably, since “Revenge” back in 1992. Nonetheless, the recent announcement that the band is embarking on a 3-year tour, with at least one stop scheduled in Las Vegas, is big news for our family.

Already we’re preparing for the show. We’re getting “Dressed to Kill” and “Creatures of the Night” and “Alive!” out from storage. We’re playing the music with the volume set as close to 11 as possible.

We love it loud!