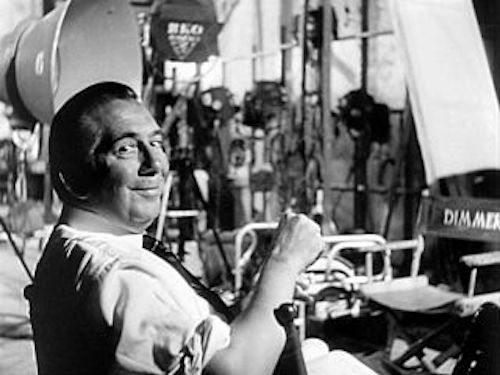 Mr. Bernstein said in the 1941 film “Citizen Kane:” “Old age. It’s the only disease, Mr. Thompson, that you don’t look forward to being cured of.”

While widely considered by critics to be one of the best films ever made,“Citizen Kane,” alongside other classic films, has not withstood the test of time. As such, it and movies alike it shouldn’t be held up on a proverbial pedestal when determining the quality of movies altogether.

We all know the types of movies I’m talking about: the “classic,” black and white, “Golden Age of Movies” films. Films such as “Citizen Kane,” “Singing in the Rain,” “King Kong,” “Gone with the Wind,” etc. While innovative for their times (1917-1960), their film quality, acting and storytelling elements don’t meet modern-day standards.

Let’s take another look at “Citizen Kane,” for example. Falling at just under two hours, this classic film follows the life of Charles Foster Kane in an expository narrative shedding light on potential corruption in the media.

The film implements the use of several cinematography and storytelling techniques that were rarely before seen in films at the time. From the camera’s use of deep focus in one of the very first scenes (a technique that had been used in only a handful of movies beforehand and rarely paired with the high-contrast lighting “Citizen Kane” applied) to it being one of the first films—and arguably one of the most notable—to be primarily told through flashbacks, there’s no doubt that this film had a large impact on cinema history.

While this film was innovative and beloved in 1941, if you watch it without those rose-colored glasses forced on by various film critics and film teachers, it just sort of, falls flat.

The moments meant to provoke the audience and inspire a meaningful response just don’t connect with film-goers. The witty insights and jokes meant to connect with the audience go over the head of modern-day movie-goers, as the films relies heavily on topical humor relatable mostly to those who remember the early 1900s.

The rise and fall of Charles Kane’s character, once shocking to audiences used to two-dimensional, solely heroic characters, no longer has the same impact on audiences now used to complex and three-dimensional characters.

This same logic follows other “classic” films as well. While 1933’s “King Kong” implemented one of the first uses of stop-motion animation in a full-length feature film, looking at it from a modern-day standpoint reveals choppy editing, awkward acting and extreme sexist undertones that are nothing less than cringe-inducing.

“Gone with the Wind” also falls under this same delusion of being a beacon for modern filmmakers to model their films after. This remains an issue however, as this film is also highly problematic. Clocking in at just under four hours and having aged about as well as milk, this film paints an unnecessarily positive light on the idea of the Old South, casual racism and stereotypes of African-American Culture. Yet this movie remains defended by several film critics as a staple in film history.

It’s important to address both sides of this issue, however. These films are a product of their times, and though these times can be looked back on now as problematic, filmmakers in that age were ignorant in knowing their depictions of women and minorities were harmful and damaging.

In contrast, it’d be damaging to completely erase the past and act as though these prejudices never existed in media. Appreciating these films for their positive influence in movie making, rather than their lackluster representation and depictions of minorities, help modern filmmakers learn from the mistakes of the past and build a more positive future for filmmaking.

The intention of this article isn’t to say these movies are terrible, it’s just to say they’re trapped in the past. It’s easy to look at these films through rose-colored glasses and say they’re amazing, and once, they were amazing. However, there’s so much variety in today’s films that it’s more important to find those that are unproblematic in today’s society, while still keeping in line with the excellent cinematography and storybuilding we love from films of the past.

These old films aren’t bad, but they’ve lived out their legacy. It’s time to leave behind these old films where they thrived: in the past.