Women’s soccer moves on to quarterfinals 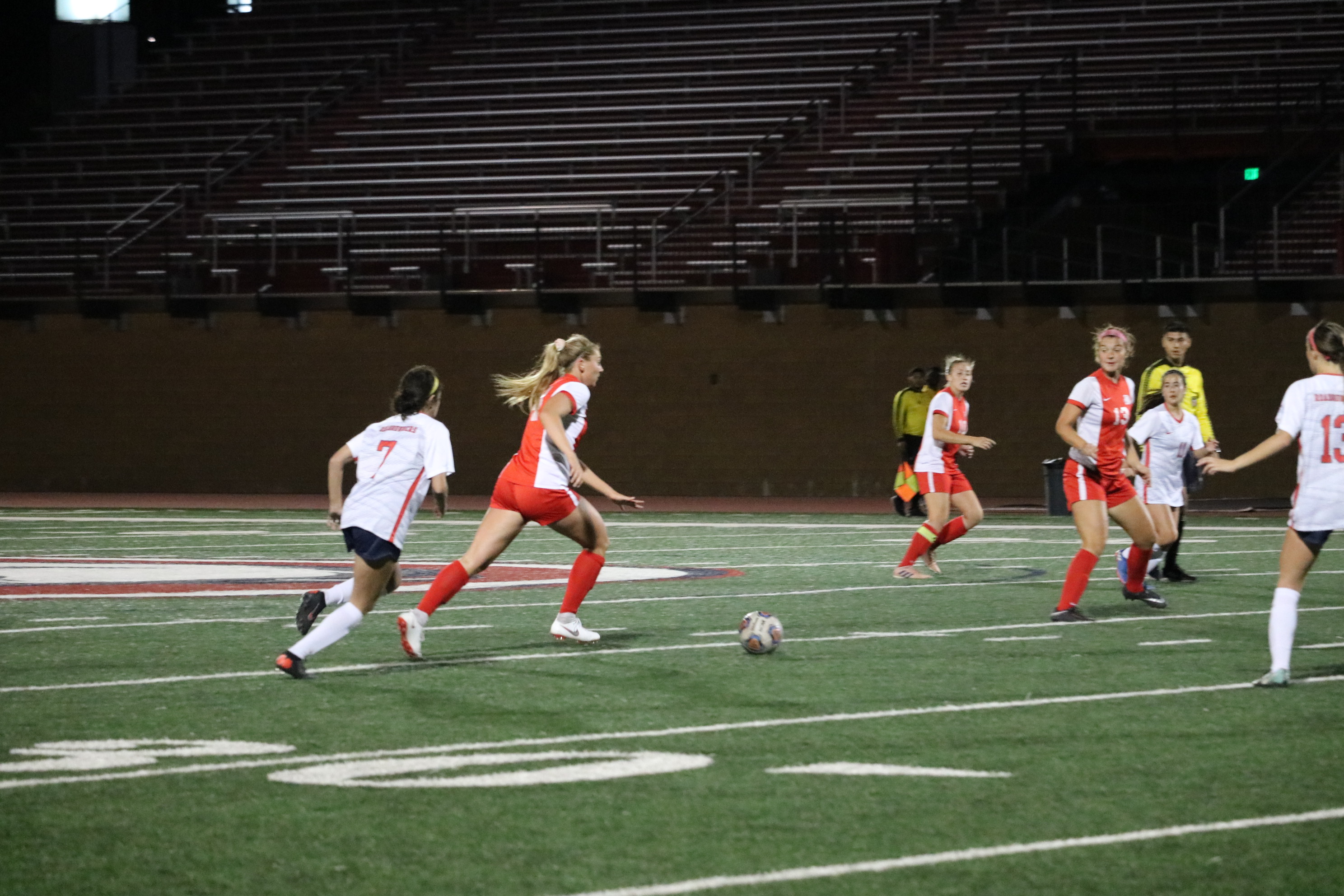 Defender Nichole Mertz, a senior nursing major, major from Springville, said it was a rough game but they pulled through. She said the team is overall happy about the result and looks forward to play better at its next game.

Coach Gerry Lucey said the team was physically strong, but it was not at their best performance.

“We made a lot of mistakes and allowed [MSU] in the game when we could have put the game away a little earlier,” Lucey said.

“[We worked on how] we set up tactical for offense and defense kicks,” she said.

Mertz said she used the somersault throw-in as a weapon on the field to help win the game.

“It’s like another corner kick,” she said. “So, I can get it right in the middle of the [keeper’s] box, whereas in a normal throw-in I can get it to the edge of the 18. It’s another weapon to use to get the ball in the net.”

Rahman said she is proud of her performance in the game because her punts are better than she thought they would be having been goalkeeper for a semester. She said she realized she used the wrong tactic to stop the ball from getting in the goal and wanted to do better for the rest of the game.

“I think the support helped with this game,” Rahman said. “And I think even though the whole crowd won’t be in Colorado, we still have the support from here [which] will help us on the road.”

She said she is motivated by the crowd to play better in her next game.

Mertz said the take away from the game is to play smarter and faster in her next game.

“[A goal is to] move forward with a positive attitude and come in with confidences to our next game,” Mertz said.

There next game is against Colorado School of Mines on Nov. 2.

CSM is the top team that has won the conferences for a number of years in a row, Lucey said. The team has a tough game coming up against them on Friday, he said.

“We hoping to go out there and give a good account of ourselves and move on, if we can to Sunday’s game,” Lucey said.

DSU women’s soccer will be heading to Golden, Colorado, for the tournament semifinals against RMAC regular season champion No. 5 Colorado School of Mines on Nov. 2.