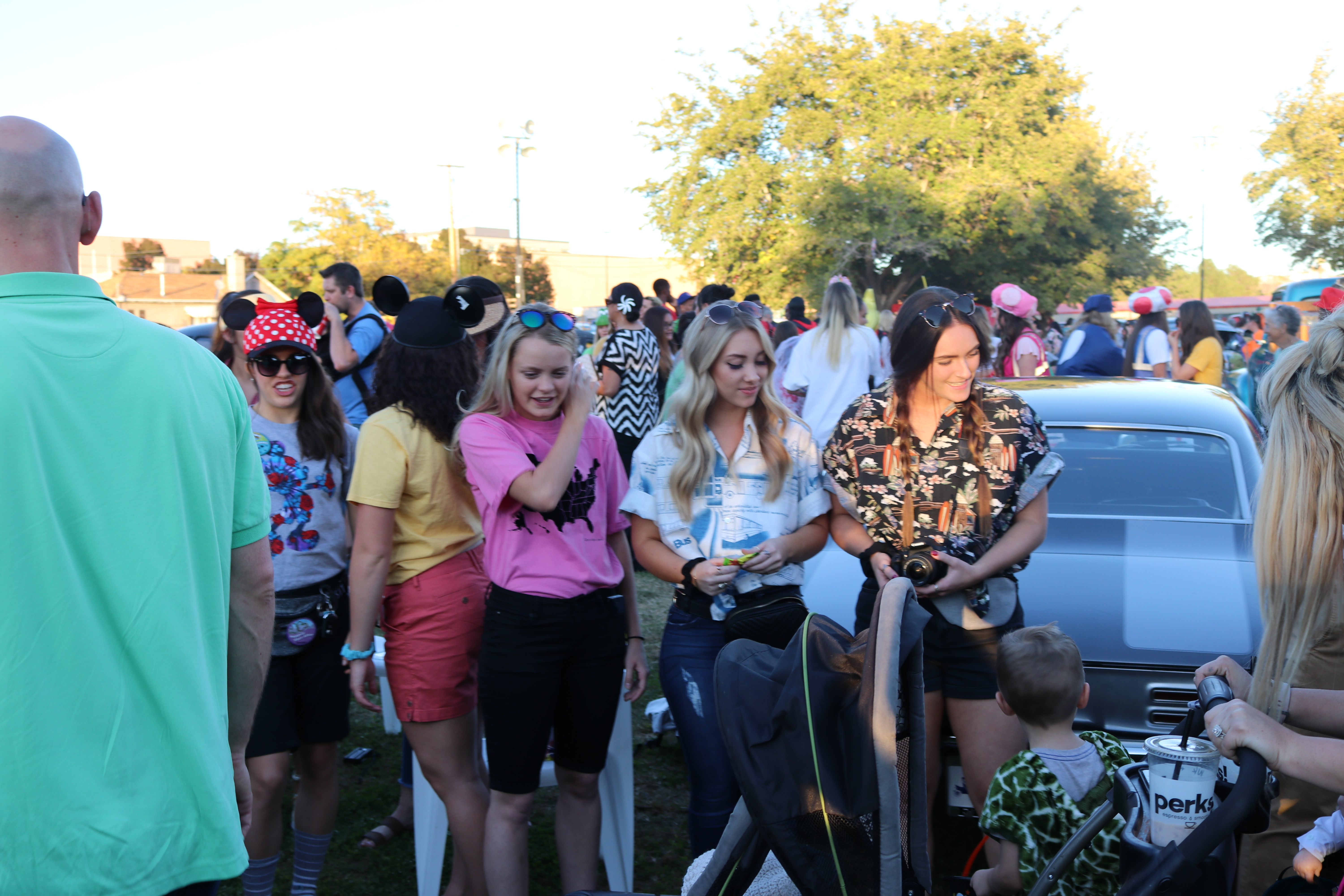 The Dixie State University Dance team dresses up as tourists during the Alumni Trunk or Treat at the Innovation Plaza. DSU's students are starting to dress up as more realistic characters this Halloween. Photo by Madison Anderson.

Werewolves, unicorns and Fortnite, oh my! Those are just three trending Halloween costumes at Dixie State University this year. With everything from do-it-yourself Harley Quinns to store-bought, couples costumes of Bob Ross and his paintings, the spirit is definitely in the air at DSU.

With stores like Spirit Halloween and Partyland readily available to St. George residents, it’s easy to buy a complete ensemble to get your costume fix. However, apps like Pinterest on the rise, DIY costumes have been gaining traction as another viable option to those on a budget.

“It’s definitely the cheaper option,” Melluish said. “It honestly just depends on what you’re looking for. If you’re okay with making and tailoring your own clothes, then I would definitely recommend it.”

Melluish said she has handmade her own disco queen costume, piecing together the outfit from a sequin dress and Go-Go boots.

Assistant manager of Spirit Halloween Stevie Vogel said the most popular costumes this year have been a combination of both DIY and store-bought.

“So many people come in here looking for pieces and bits of costumes they want to put together themselves, me included,” Vogel said.

Vogel said she combined DIY and store-bought components to make a steampunk-inspired costumes.

It seems DSU students this year are ditching the notion of traditional Halloween costumes needing to be scary, as several are planning a more realistic approach, opting to dress up as popular movie characters, said Arianna Witham, an English major and fashion club member from Sacramento, California

If you’re a girl looking to take the “Mean Girls” approach, you’re in luck, as animal-human hybrids are still a popular option for female college students wanting something cheap and simple. Just buy a pair of cat ears and draw some whiskers on with makeup, and boom, you’re ready to go.

Both Vogel and Melluish said they have admitted to seeing a lot of unicorns and werewolf costumes recently being planned or bought for the upcoming holiday.

Not only are movie replica costumes popular this year, video game characters have also transcended their way into the real world via costume representations.

Vogel said, at Spirit in particular, Fortnite costumes have been selling like crazy to children and young adults.

Melluish said she continues to describe that furs, glittery fabrics and makeup have been trending in costumes this year as well.

You can catch these costumes and many more at the Chaos dance this upcoming week on Halloween. Tickets are $10 at the campus store or $20 at the door. For more information on upcoming homecoming events at DSU, check here.