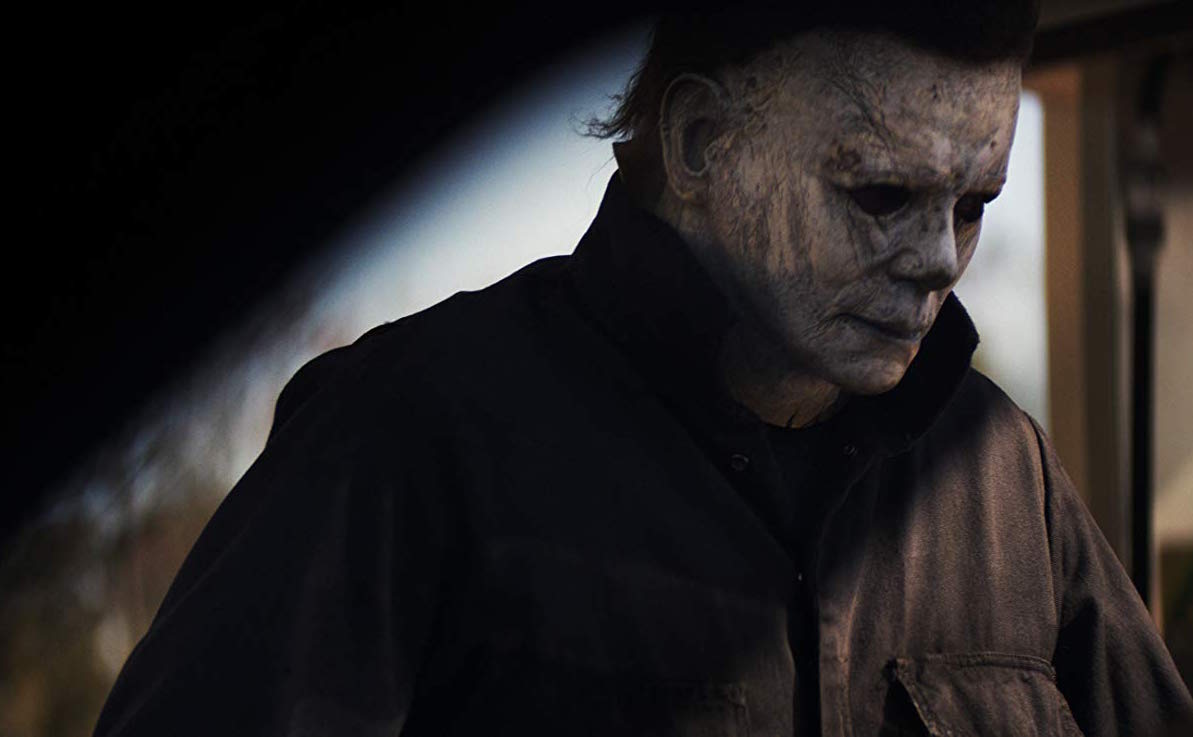 When the familiar piano strains which introduce the film, “Halloween” permeated the air of the theater, I thought: “Here we go. The sequel this franchise deserves. A showdown forty years overdue.”

It’s true though — previous “Halloween” films were either attempts to mystify the relationship between Laurie Strode and Michael Myers—even creating the idea they are siblings—or in competition with the popularity of “Friday the 13th”and “A Nightmare on Elm Street.”

“Halloween” uses the passing of forty years to its advantage. By picking up the story four decades later, it gives the film a sense of realness not normally seen in a horror film. The reality being that murder survivors often fear the return of the killer.

Laurie Strode is no exception to that. Estranged from her daughter and granddaughter due to her neurotic need to prepare for the inevitable return of Michael, she appears to be a woman driven mad by the trauma she experienced. Yet, she isn’t, because Michael does return. Leaving a trail of blood in his wake.

There were a lot of elements I enjoyed in this newer “Halloween” film. The first being nods to the original film and the era it was filmed in throughout the movie.

In one scene, Laurie’s granddaughter Allyson, attends the same high school, sits at the same desk and listens to the same lesson her grandmother does in the first “Halloween.”

Another scene, where Michael enters the home of a victim shows a classic 70’s children’s show playing on the television. This is an homage to the year John Carpenter’s original film was released, reminding those in the audience alive in 1978 just how long it has been since then.

In a way, the replicated scenes from original and the throwbacks to the late 70’s serve as a contrast between the world as it was two years prior to the 1980’s and the world today, with cell phones and the internet.

Another aspect of the film I enjoyed was its superb use of light and shadow. The absence of light becomes a tool for Michael as he commits his evil and merciless acts of murder.

One scene in particular emphasizes this fact very well. In this scene, Allyson and her friend Oscar are cutting through a neighbor’s back yard on the way to Allyson’s home. This yard is equipped with motion sensor lights which illuminate the yard, then turn off after a few moments. Left alone, Oscar finds himself in the presence of Michael who uses the timing of the lights turning off and on to appear as though he is a hallucination, there one moment, gone the next, only to appear again closer than he was before, and Oscar discovers just how real Myers is.

“Halloween” stays true to the original film in the authenticity of the characters and the world they live in. The acting is worlds better than in the classic film and the camera work is steady and deliberate instead of using the handheld shakiness of current horror films.

Finally, “Halloween” is not just another horror film with a supernatural villain. Instead, it is the story of two individuals, one forever living in darkness, trapped by the evil that drives him and the other fighting to stay in the light and the escape the darkness invading her life. A story that has cemented itself in the memories of those who experienced it forty years ago and giving them the ending they have long waited for.