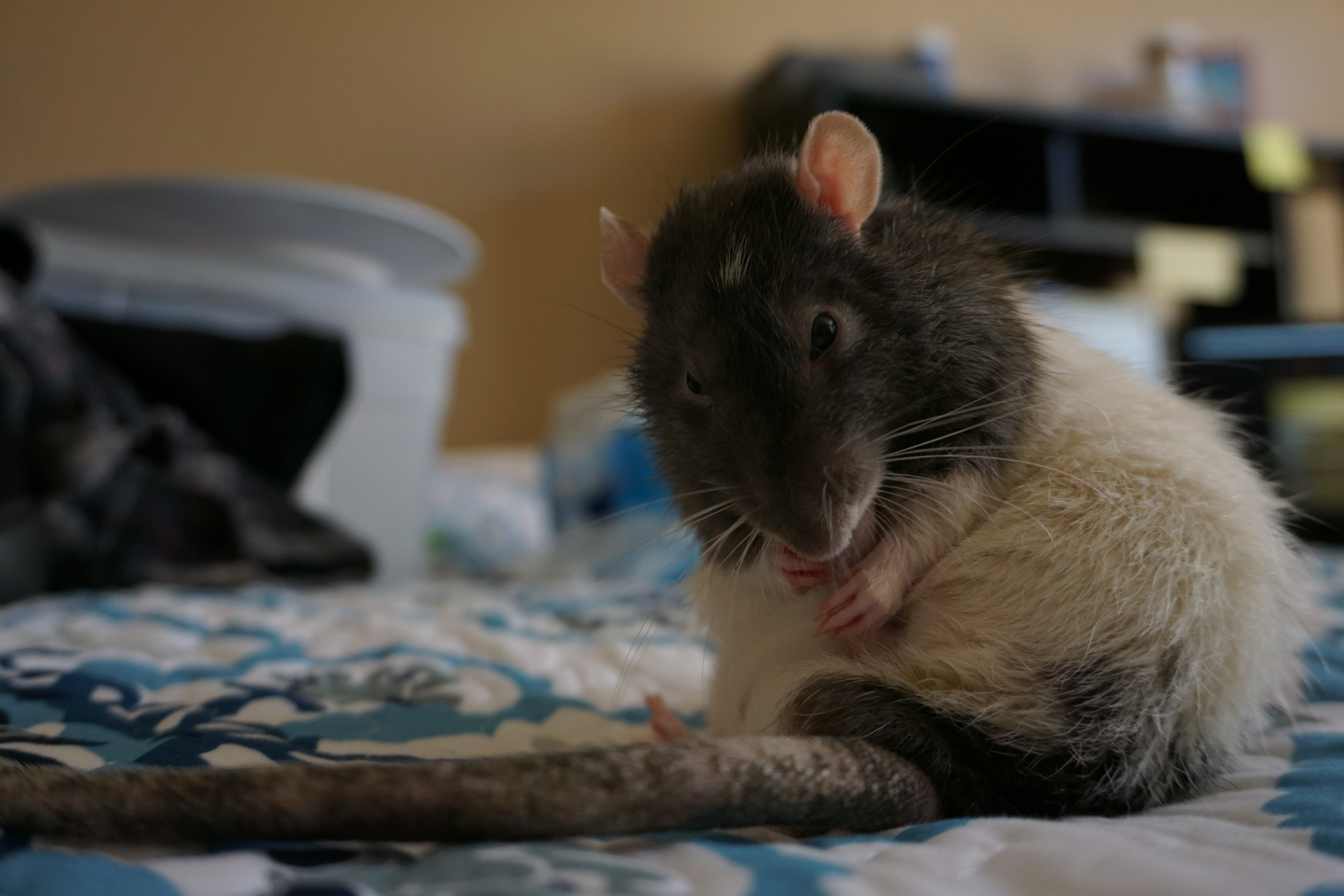 As a student, life gets busy, and sometimes lonely, so getting a pet can seem like a good idea.

However, students usually don’t have enough space for dogs or cats, and lizards don’t have that whole cuddly vibe about them.

Though rats have been portrayed as red-eyed sewer dwellers for hundreds of years, domesticated rats have come to be seen as sweet, loveable pets in more recent years.

Each has an adorable personality and incredible intelligence, which makes keeping them as pets all the more fun. Rats have learning capabilities similar to that of a dog; they can be taught tricks, how to walk on leashes, potty trained, and will even cuddle, all while only being a few inches tall.

Since rats are small creatures that can live in compact places, keeping them in dorms and apartments is easy and much cheaper than a cat or a dog. Rats literally clean themselves, however, the occasional rat bath is recommended from time to time to keep the little guys in optimal health. Taking care of and cleaning up after rats is not time-consuming or messy; you simply clean their cages with a little soap and water and change out the bedding. Rats are not only low-maintenance companions but also have very sweet temperaments.

Having owned rats for over 2 years, I can wholeheartedly say they are the best pets I have ever had. They make fantastic study buddies, and they never complain about what snacks they’re given. Rats are omnivorous creatures, meaning they can eat most foods, which makes buying treats much more affordable. In fact, you can just share your popcorn with your furry little friend.

What’s more? Other roommates or occupants of the apartment won’t even notice the new addition. Unlike hamsters and gerbils, rats make little to no noise.

I have moved two or three times since I’ve had my sweet rats, and they can just go everywhere. The moving, though initially jarring, doesn’t seem to bother them. This makes being a college student and a rat owner much easier. As one moves from apartment to apartment, the rats can go with.

Opening up to a rat and letting them snuggle into your heart and life is just as easy as can be.

Though rats are fantastic little pets, there is one downside. People associate them with sewers, the plague and Halloween. Rats are lovable, smart and clean creatures who have a bad rap. So, when owning rats, there are always those who will never understand the bond between a rat and their owner. Sometimes ridicule comes with owning a rat, simply because others are misinformed about their true nature. All in all, the truest burden a rat lover and owner has is knowing that rats don’t get the respect and love they deserve because of misinformation spread about them.

So, next time you see a rat in a movie or a book looking red and beady-eyed, know that rats are actually just friendly loveable creatures that make great pets, too.