Failure to Yield: How to avoid St. George’s leading cause of traffic accidents 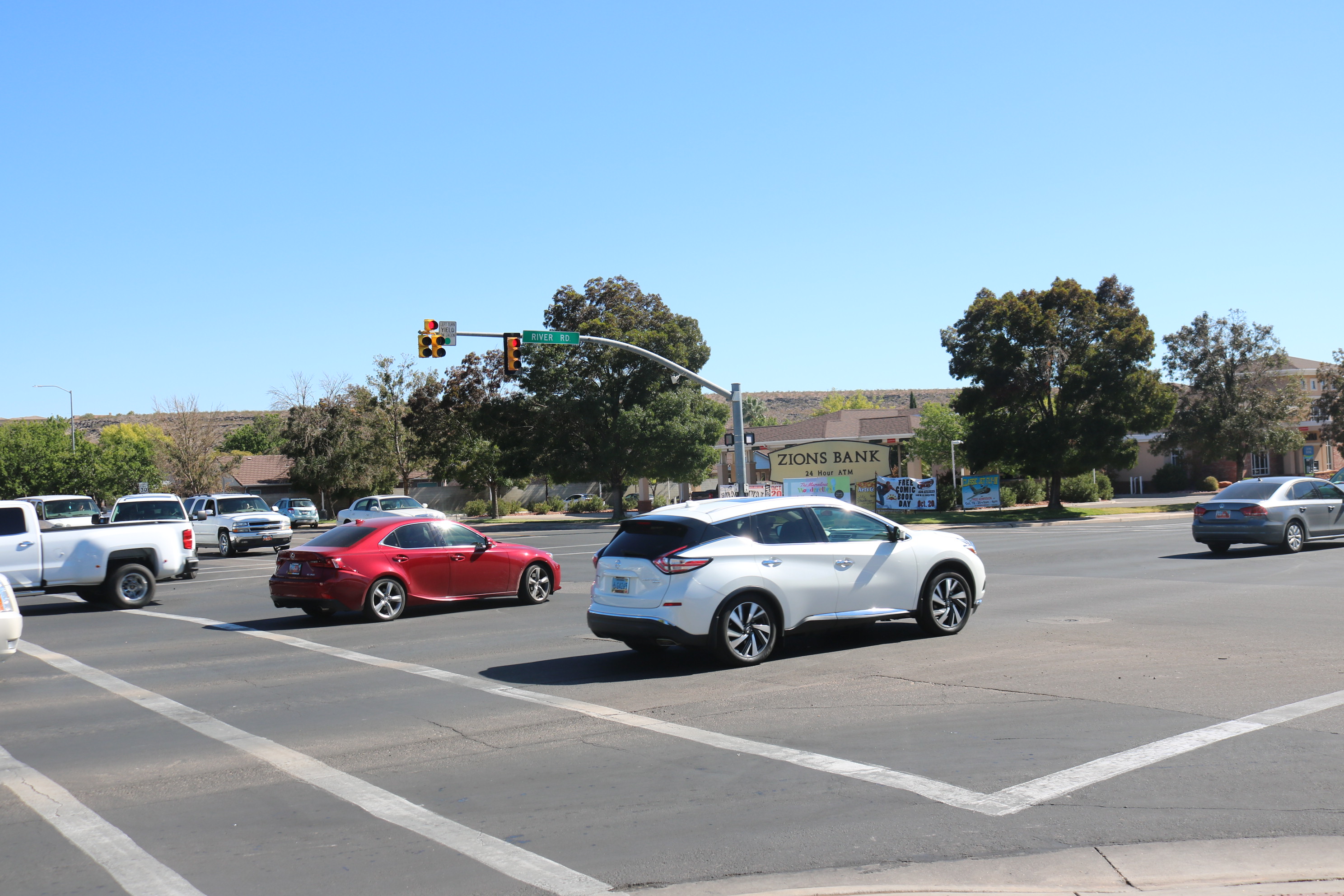 Nobody likes to turn left but must at some point. Remember to follow the handbook and be courteous. Photo by Kaitlynn Latham.

Everyone has to get somewhere, and to get there it’s best to follow the rules of the road. Not yielding to the right-of-way is not a time saving measure — it’s a recipe for disaster.

Utah drivers have a problem with yielding to the right-of-way. According to articles by The Spectrum and St. George News, failure to yield is the leading cause of traffic accidents in St. George.

This spate of yield-related accidents is obviously a problem, but luckily, it’s one that can be averted by avoiding negative driving habits and taking care to follow the rules of the road.

Usually, these accidents take place at the city’s busiest intersections, like Sunset Boulevard and Dixie Drive, or River Road and 100 South near Dixie State University, according to an article by The Spectrum.

A key facet of the problem is aggressive driving, according to the Utah Driver Handbook. Whether it’s not signalling when turning, ignoring stop and yield signs (you know who you are, people who blast into roundabouts like excited rodents starting their runs on hamster wheels) or speeding, aggressive driving commonly leads to traffic accidents.

Speeding and running red lights to save time is not worth the risk, nor is it worth it to turn left without properly yielding to oncoming traffic. Hoping to get to work before the last breakfast bagel is gone, making it to a movie before the previews end or arriving to class slightly less late than you otherwise would is never worth the risk of injury or death.

Many local accidents caused by the failure to yield happen when drivers fail to take necessary precautions when turning left in an intersection, according to articles by The Spectrum and St. George News.

It’s understandable; whether you’re fictional male supermodel Derek Zoolander failing to turn left at the end of the runway, or an ill-confident driver attempting to weave their way through the stressful bustle of small city traffic, no one likes to turn left.

The Utah Driver Handbook instructs drivers to signal left for two seconds and yield to oncoming traffic when making a left turn. In other words, it’s better to wait for traffic to clear than take unnecessary risks when turning left. No one likes to turn left, and no one likes to be cut off by others turning left carelessly.

“Courtesy is the key when yielding right-of-way,” according to the Utah Driver Handbook.