Cheating at DSU has ramifications 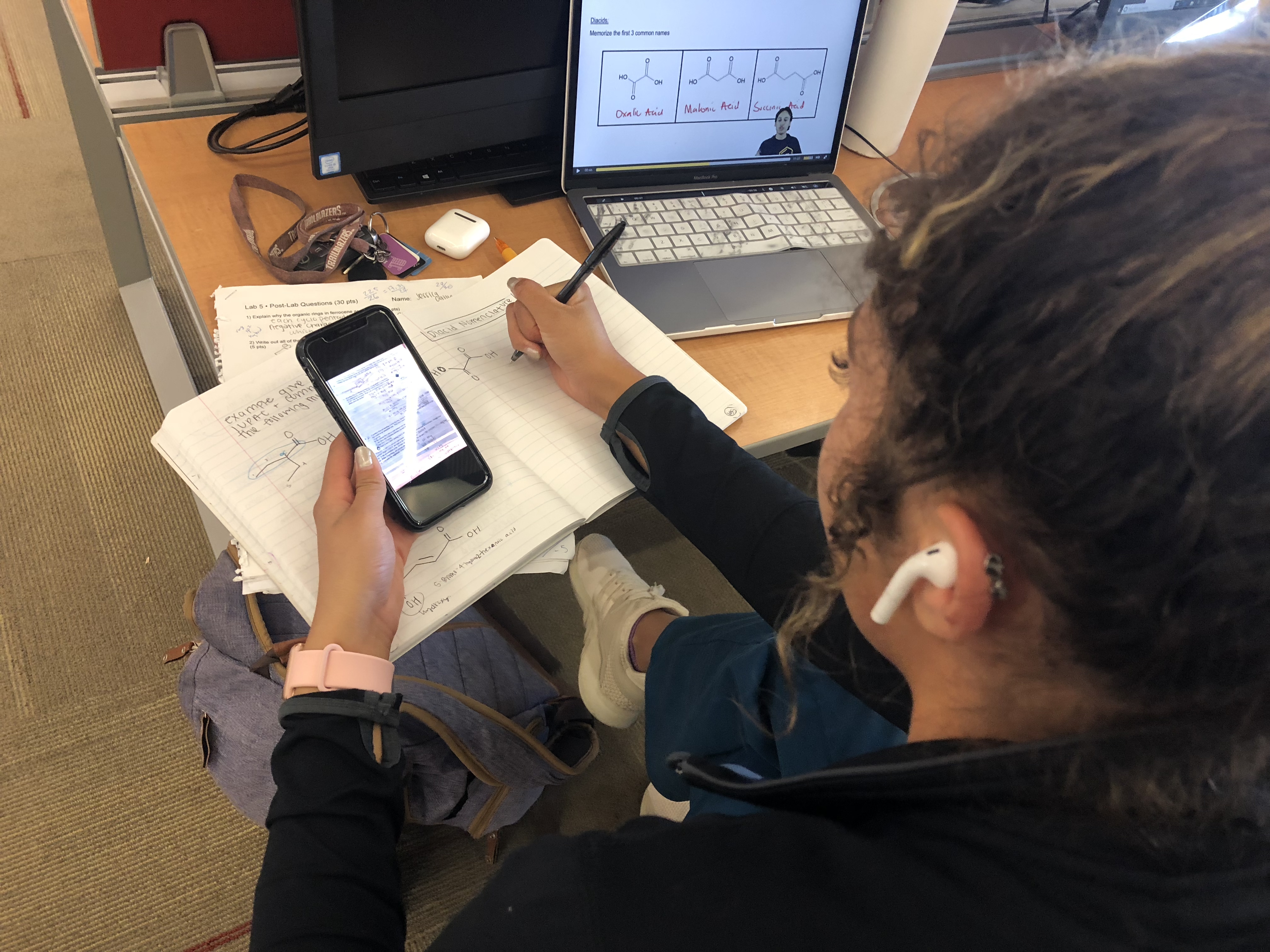 Not everyone follows that code, however. For all of the honest students at DSU, there are still several who cheat on tests. Of all those who cheat, only a portion of those are caught. While DSU has taken various measures in order to prevent and eliminate cheating, some students feel as though they can get away with it. Let’s take a closer look at how cheating works at DSU.

What counts as cheating at DSU?

In the DSU student handbook, cheating is referred to as using any unauthorized materials, information or study aids in any academic exercise.

At the DSU Testing Center, this most frequently involves the use of cell phones, said Marina Didonato, an accounting major and testing center employee from Magna.

Other methods, specifically at the testing center, stretch from getting around or disabling the lockdown browser, bringing in copies of study guides and test answers, or even having another student impersonate the test-taker to get a better score.

Why do students cheat?

“I believe most of the time, it’s a last resort,” Spencer said. “I think that they feel so desperate that they believe they have no other options left.”

According to an article written for edutopia.org, some students attempt to rationalize cheating by diminishing the value of the work they’re assigned. Others, more specifically in higher-stake classes, have a sense of perfectionism they’re trying to achieve, which they believe can’t be achieved through ethically acceptable methods.

Shandi Stiner, a math network and computer science major from Mesquite, said some students may not realize they’re cheating.

“A lot of the time, they’ll be using flash cards or a study guide that they thought they could bring in with them,” Stiner said. “I think they’re either desperate or unaware.”

What measures does DSU take to prevent cheating?

Security cameras are also in place at all computers and other various locations in the testing center.

What happens when you cheat at DSU?

Students thinking they’ve gotten away with cheating may want to reconsider. When employees at the testing center catch a student teaching, they don’t approach them.

Instead, the testing center employees guarantee there are several witnesses to the cheating, then the supervisors send both video evidence and the full information of the student to the professors. From there, it’s the professor’s decision to determine the consequences.

According to the DSU Code of Conduct, the immediate consequences of cheating can include:

If necessary, professors can take further action. These consequences can range anywhere from notations on a specific course to denial of a degree to that particular student.

Stiner encourages those struggling with classes and school work to use the resources available through DSU.

To students struggling: DSU has several available options for help with work. The Academic Performance and Tutoring Center is located at HCC 431 open from 10 a.m. to 7 p.m. Mondays through Thursdays, closing at 5 p.m. on Fridays. To contact or schedule an appointment, call (435) 879-4731.

The Writing Center also provides free writing advice and tutoring on Essays. It is located at HCC 421 and follows the same hours as the Tutoring Center. To contact, call (435) 652-7629 or email owl@dixie.edu.