Jerry the Sea Cucumber has a new line of T-shirts, plushies 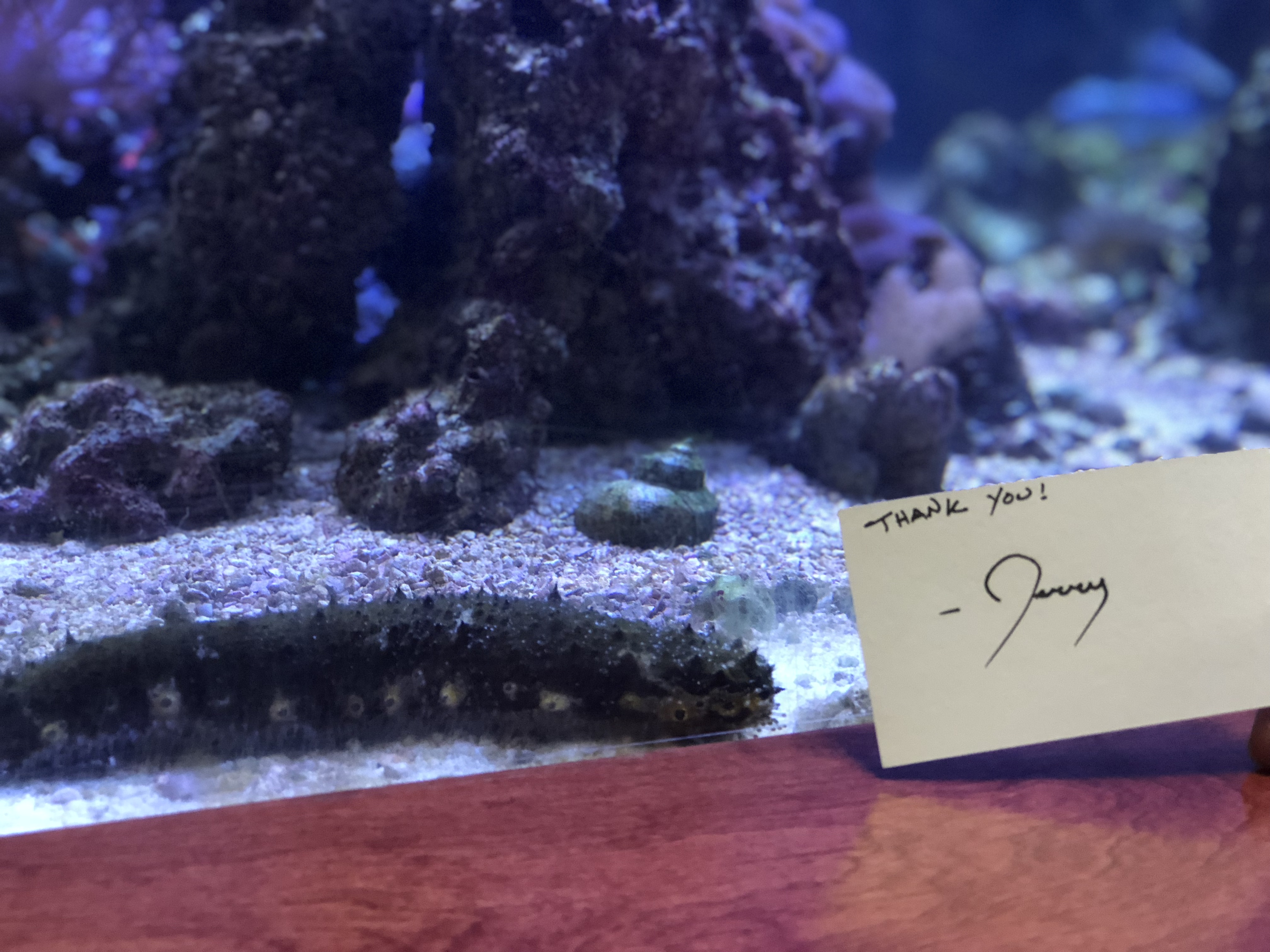 Brooks the Bison might not be the only well-known character at Dixie State University.

Jerry the Sea Cucumber lives in the aquarium of the Snow Science Center, but his face can now be found on merchandise at the DSU Campus Store.

T-shirts featuring Jerry are available at the campus store on the top floor of the Kenneth S. Gardner Student Center building, and plush toys will be available soon.

James Manley, a junior biomedical sciences major from St. George, created Jerry’s social media accounts last semester with no idea that they would have as big of an impact as they have. He said it’s crazy how this idea that started as something so small is now growing into something so huge and supporting such a great cause.

“One of the services we offer at the campus store is custom special orders for departments, clubs, etc., but this is the first time since I have been here that someone has asked to sell their product in the store after we worked on the order,” Campus Store Director Aaron Meadows said. “The nature of the ‘Jerry’ product made it fun and kitschy, so we decided we would test it.”

Meadows said they like to bring items in that can help the store stand out in a positive way, and he feels these products do that.

All profit from Jerry’s merchandise is set to go towards STEM programs, Manley said.

“Jerry and I decided we wanted to hold these activities and figured these shirts and toys could help fund that,” Manley said. “The goal is to raise awareness in STEM careers for community members in a fun way. We want to show people you can still have fun, even with math and science involved.”

Manley said he attended an event like this when he was younger, and he hopes it will get people excited and involved in STEM research like it did for him.

Jerry was Manley’s idea, yet he said he couldn’t have done anything without the support of the biological sciences department.

“We’re excited by how popular Jerry is with the community,” said Erin O’Brien, Biological Science Department Chair. “He makes an excellent ambassador for the sciences and so it was natural for him to get involved in supporting our science outreach activities. Expect to see Jerry promoting activities in the near future.”

Although they haven’t been able to hold any of these activities yet, Manley said they are planning one soon.

“We are waiting to see how popular Jerry merchandise is before committing to exactly how we’ll spend the profits,” O’Brien said. “But we will either fund STEM events on campus for the community or provide scholarships to DSU-hosted STEM events. There are a number of day events being planned right now and we would love to have Jerry be able to sponsor one of them if enough funds are available.”

Jerry’s future holds more than just T-shirts and social media accounts, Manley said, and these were just the beginning. Jerry currently has a live stream camera set up in his tank and newsletters that go out weekly, but Manley said he has bigger plans.

“We have a children’s book in the works, and I’m hoping to do trading cards, Jerry’s own line of snacks, and [there are] rumors of a musical,” Manley said.

Although Jerry’s merchandise is currently only being sold in-store, Meadows said they are working to make it available online at some point for people all over to enjoy and to give everyone a chance to support this cause.