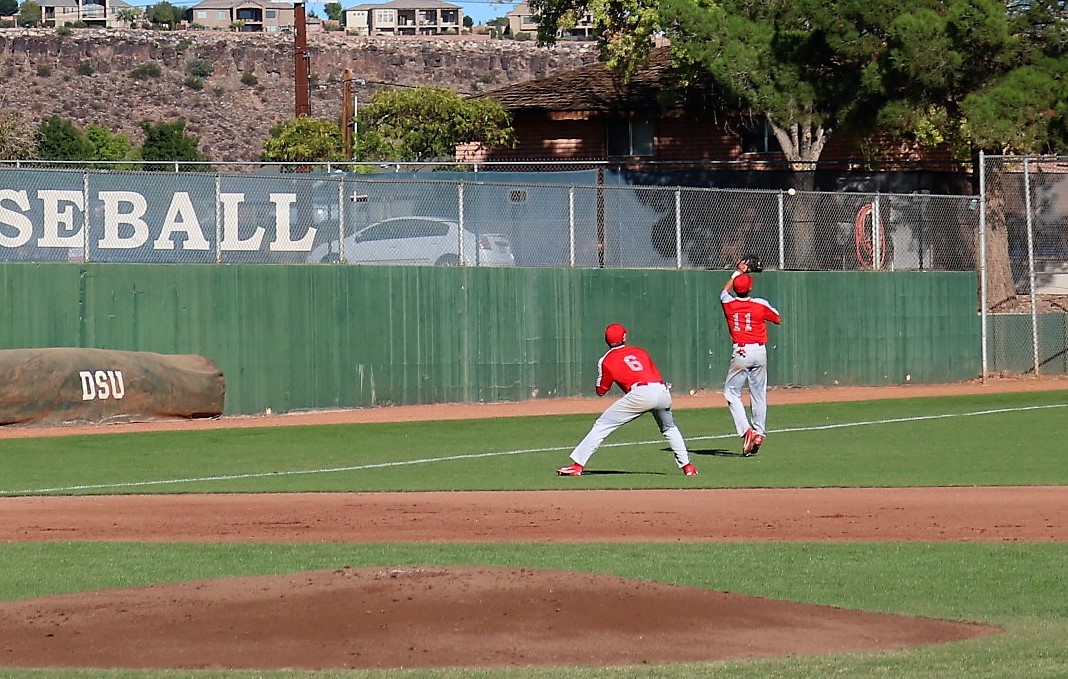 Kade Cloward, junior exercise science major from South Jordan, Utah, goes to catch ball in scrimmage. Check out our team in action at the next scrimmage. Photo by Kaitlynn Latham

Dixie State University baseball competed in the first preseason scrimmage of the season against College of Southern Nevada at Trailblazer Stadium Oct. 5.

CSN was a great opportunity, because they are not a NCAA affiliate this could be the only time the two teams play each other.

DSU added 12 players to the 2018-19 roster late this past summer. This included seven pitchers, two catchers, two infielders and one outfielder.

“There is competition at every position,”  head coach Chris Pfatenhauer said. “We were encouraged with how our 2018 underclassmen finished the back half of the season and there will be a tremendous amount of competition this season.”

“Braden is a phenomenal athlete that can play multiple positions,” Perry said. “His leadership and experience will be huge assets to the Trailblazer baseball program over the next two years.

“Thomas put together a great year on both the offensive and pitching ends last season,” said Rinard. “We are really excited to see what he gravitates toward here with our program and hopefully he shows that his skill set can fulfill both.”

DSU baseball will compete in another scrimmage here at Trailblazer Stadium Oct. 20 at 1 p.m.