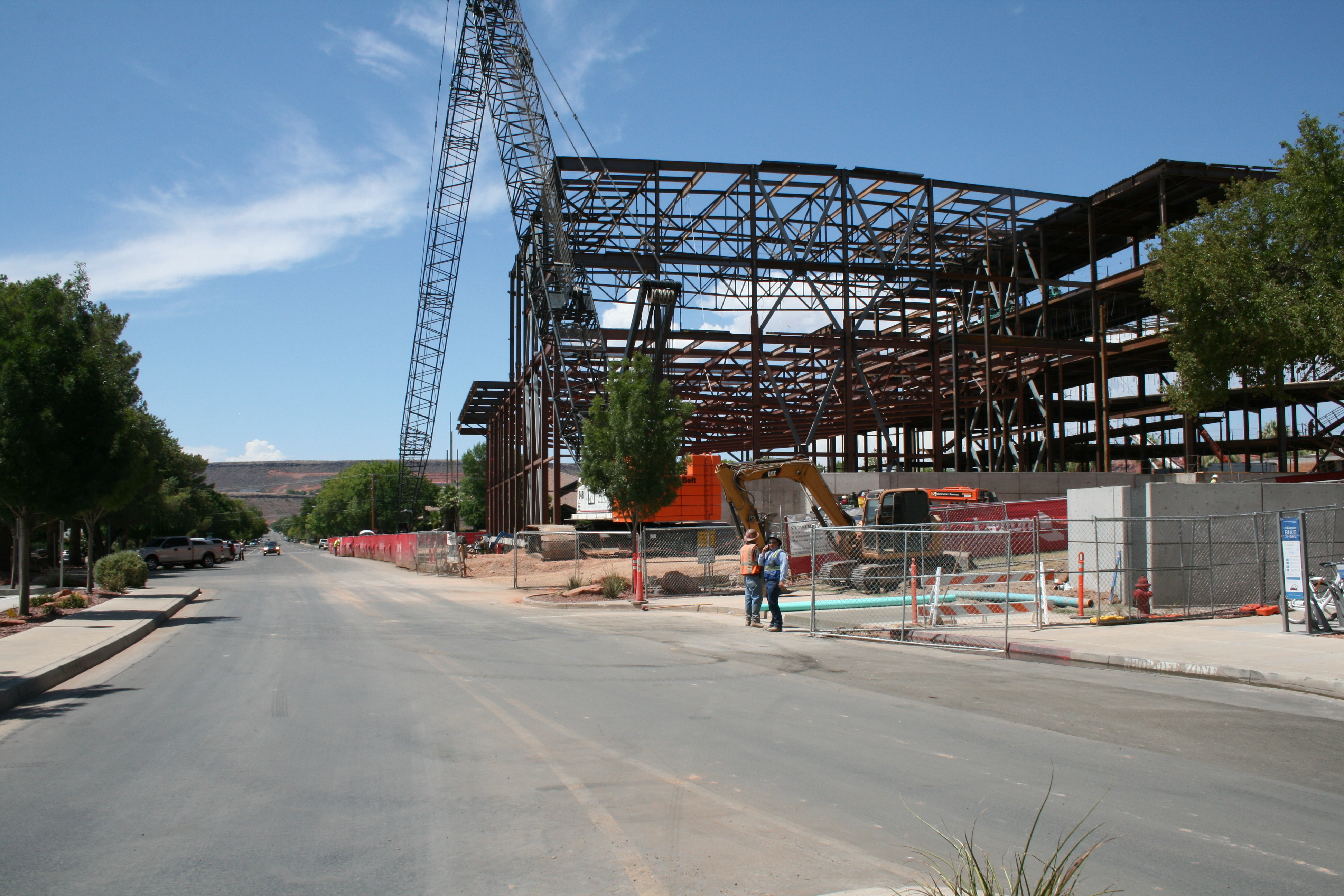 Dixie State University is expanding and as the number of enrolled students multiplies each semester, and there is a need for new buildings, additions and renovations. A few of these have already been built, others are under construction and some still in the early planning stages.

The first addition was the Trailblazer Stadium, then came the cconstruction of the Human Performance Center which is facing a delay due to steel prices. Meanwhile, plans for a new science building and dorm are well underway.

Construction delayed because of steel prices

Sherry Ruesch, executive director of facilities management, said that she was informed by contractors in July that steel prices were increasing. This price raise increases the budget for the HPC, Ruesch said.

According to Trading Economics’ website, the price of steel increased from $4564 to $4567 per metric ton, or tonne, between 2016 and 2018. The increase in steel comes from the tariffs placed on steel coming from other countries, said Paul Morris, vice president of administrative affairs.

“We were very fortunate with steel, at least structural steel, in that we ordered it and got pricing on it prior to the tariffs,” Morris said. “The tariffs wouldn’t have hurt us probably anyway because the steel is made here in the U.S.A”

Steel for the interior of the HPC, however, is affected by the tariffs because that is steel coming from other countries for things like the heating, ventilating and air conditioning system. Morris said that is where the price increase most affects the HPC.

“I’ve told [contractors] we need the academic portion of that building for fall of next year,” Ruesch said. “The fitness [section] and pool may still be in construction when the academic side is open, but we hope not, we hope they’re done with the whole thing.”

Michael Lacourse, vice president of academic affairs and provost said because of labor costs and tariffs, the cost for building the HPC has gone up $8 million since the original budget was approved and administration believes they can go back to the legislature and ask for the difference in cost.

“[The HPC’s] been delayed a little bit already in the sense that we had to wait to send our last bid package,” Ruesch said. “The building will still be completed. We have lost some time.”

Ruesch said as part of the “Status to Stature” plan, there will be a new science building erected on campus, but construction will not be complete until 2021.

“Right now, we are in the process of requesting funds from the state,” Ruesch said. “During the construction of that new  building, we will request funds from the state for something that’s called an improvement project. Those are smaller projects up to less than $3 million.”

“Our science, engineering and technology building is currently ranked number one for funding from the state,” Lacourse said. “The next step, of course, is to go to the legislature. The regents will recommend that our building be funded. We, of course, are optimistic that will happen.”

“We’ll go forward here with a recommendation within the next couple of months,” Lacourse said. “We anticipate getting approval for that and then we will start construction a year from now. This is a retention strategy as well as housing.”

The new residence hall will be larger than the current Campus View Suites and will include 500 rooms and possibly some additional recreation space, Morris said.

Clearly, the school is going through some changes and while there are students who will graduate before seeing the completed HPC, science building and new residence hall, they can be assured the administration is doing all they can to improve “The Dixie Life” experience.

DSU is going through a growth spurt, with the number of students increasing over the last couple of years, there need to be classrooms and places for them to sleep, live and eat, Ruesch said.