Graduate school not for everyone 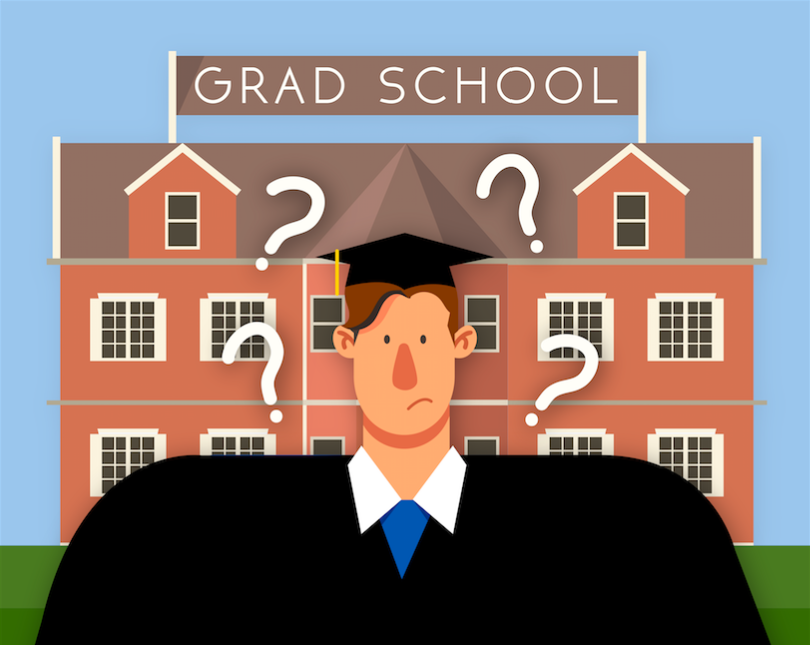 Students spend two to four years in college, but once they earn their bachelor’s degree that’s it — no more university for them, including students who are even opting to not attend graduate school.

“I think [travel] is just kind of tied in with the financial piece,” Whitlock said. “Are they really just able to really kind of pack up where they are here and move across the country or move to a different state to do that program?”

Suppose a student wants to attend New York University’s graduate program at Tisch School of the Arts. According to NYU’s website, that student will pay $2,286 in tuition and fees for a single unit during the summer 2019 semester. A total of twenty units brings the cost to $37,569. The student would also need to think about living on or off campus and the expenses attributed to that.

Another factor is if the degree program requires graduate school as the next step, career coach Rochelle Blatter said. Some of these are medical, law, business, science and a few educational degrees, she said.

“It just depends on what [students’] ultimate goal is,” Blatter said. “Some want to take a break after their bachelor’s and work and get industry experience. Some M.B.A programs like that, they like you to have a couple of years you’ve worked and then come in to your M.B.A. program.”

Don Gilman, a senior Digital Film major from Glide, OR, said he agrees that whether you should go to grad school depends on what you want to do in your career field.

“Being in film… it’s more like a trade school,” Gilman said. “I want to work in my field and getting a master’s is not going to help me work in the field. If I wanted to teach, that would be great.”

Blatter said there are good careers available with a bachelor’s but, there are valid reasons for going to graduate school or at least considering it. If you want to have an executive position in a business setting, be a doctor or lawyer, then a graduate degree is something you will need to have because grad school gets you more specialized and a lot more training, Blatter said.

“With your bachelor’s your first two years is basically your general education, you’re exposed to a lot of different majors, you’re getting a lot of general [education],” Blatter said. “Then your junior [to] senior year, you’re getting a lot more technical, but your grad school takes you beyond that and gets you real specialization.”

While students are earning a college education in varying degree programs, they should consider what can be accomplished in that career and think about how going to grad school can make those goals more obtainable Paul Morris, vice president of administrative affairs said. Getting a master’s degree may be what is needed to further their career Morris said.

“My graduate degree has helped me immensely in my life and my career,” Morris said. “It’s opened doors for me that otherwise wouldn’t have been opened and helped me in my career, so I am a proponent of grad school.”