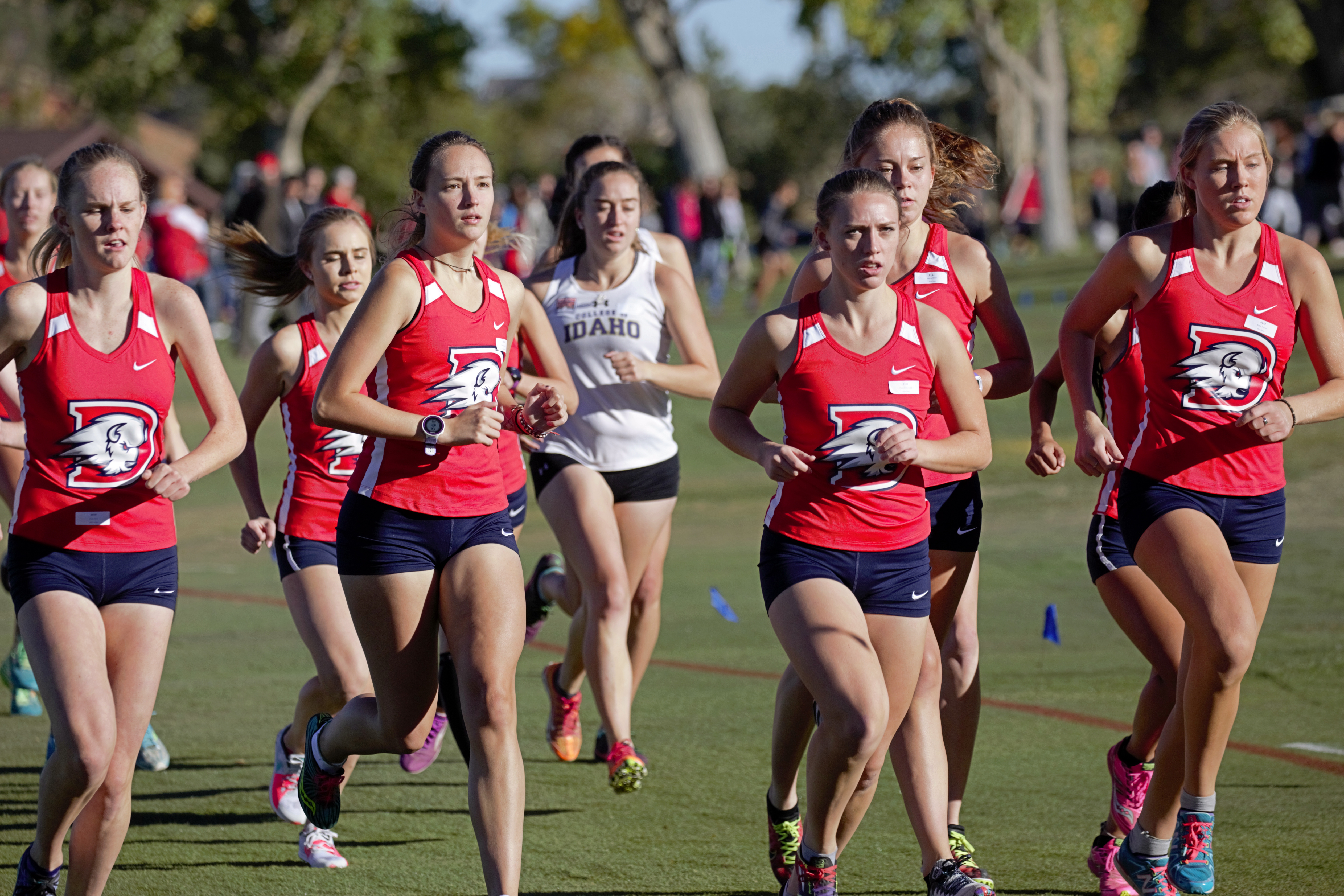 The 2017-2018 women's cross-country team competes in one of their season meets. Photo courtesy of University Marketing and Communication.

The Dixie State University cross-country team is testing its limits and setting its sights on the RMAC championship.

Coach Justin Decker said this year they are playing a step up in competition by being in the RMAC. He said practices started in the second week of August to prepare the runners for the meets.

Mia Smith, a junior art major from Page, Arizona, said each meet is around three miles.

These meets are scored differently than tradition sport. Kevin Kirk, a freshman exercise science major from Yerington, Nevada, said each teams total score is the top five runners with the lowest time placement combined and the lowest total score wins.

The season only has time for four to six meets and players have to be careful when their body is recovering, Smith said.

“It’s such a hard task to do that you need a lot of time to recover,” Smith said. “[Time] to retrain and mentally get back into it and race again.”

Mostly the athletes are improving their times to better themselves and then they better the team, Kirk said.

Decker said,their key focuses all season is to train to be the best they can for those races.

“We are always focused on our champing races at the end of the season,” Decker said.

For the champing races, we chose the athletes base on the works they run and the previous meets placement, Decker said.

Smith said: “Cross country is more than running. To me it’s friendships. It’s a good sport to make friends and improve yourself.”

Kirk said he wanted to be a part of the cross-country team at DSU because of the friendships he would make.

“You’re competitive, but at the end of the day you have respect for everyone your running against because you are all going through the same thing and that drew me toward it,” Kirk said.

Decker said the athletes are very motivated and know what it takes to be in this sport and want to win.

“Cross country is a lot of work, we wake up to practice at 6 a.m., six days a week and then a couple [of] times in the evening too and running is not a lot of fun,” Decker said. “It does take a lot of dedication and work to do this sport.”

Both cross-country teams finished in fourth place at the UNLV Invitational last Saturday, in Henderson, Nevada.

The team’s next meet is in Cedar City on Oct. 6, for the annual SUU Color Country Invitational.