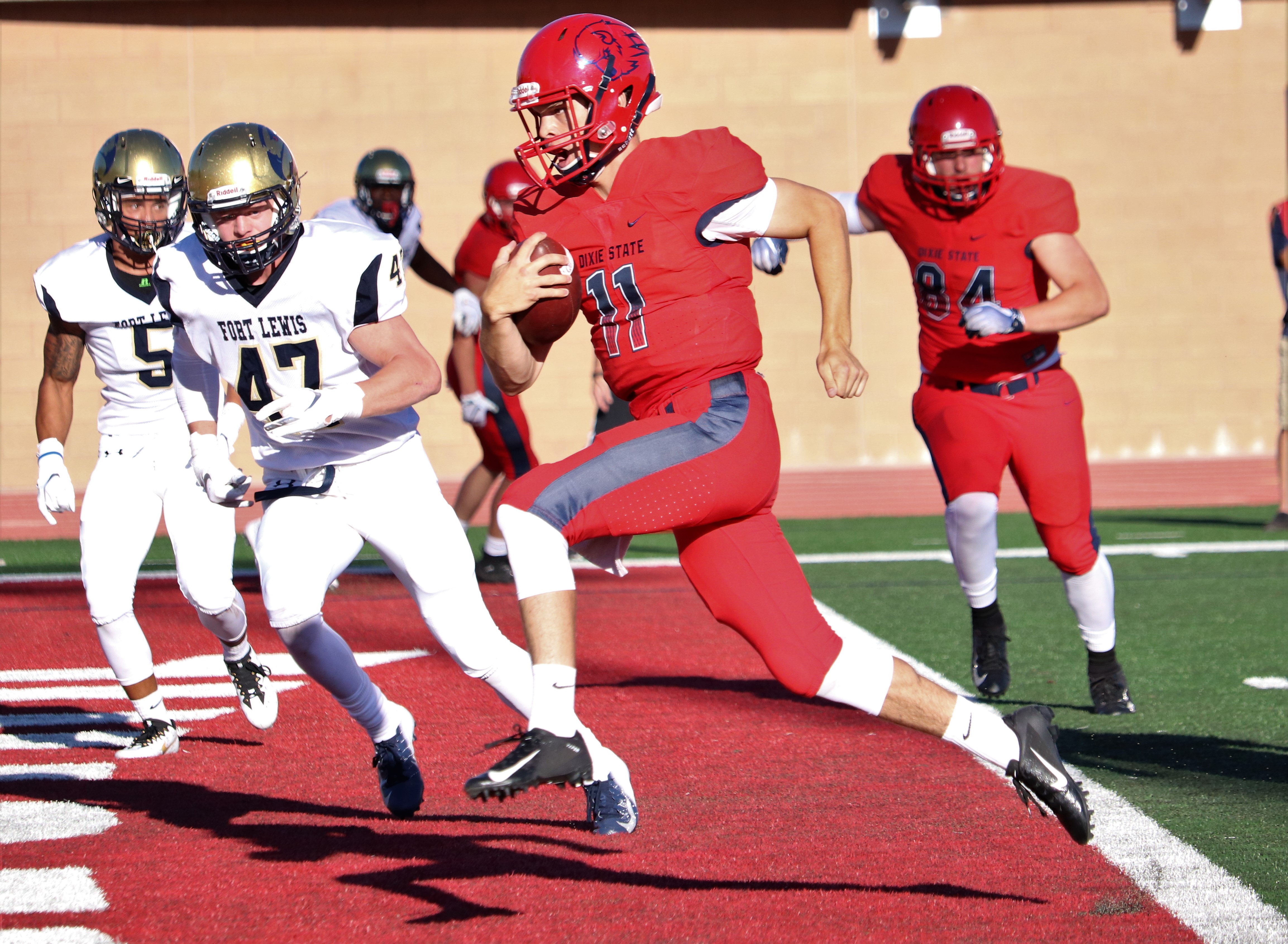 Lawrence Starks, a freshman running back from Fontana, California, rushed for 49 yards on 15 carries for his college football debut at Pueblo.

“I was definitely excited,” Starks said. “I just wanted to do what I could to help the team out. My coaches had me prepared, so it was a fun experience.”

Despite facing a 14-56 upset in Colorado, head coach Shay McClure said he was proud of his team’s character and maturity on the sideline.
McClure said: “There could have been a lot of in-fighting and bickering and I didn’t hear any of that on the sideline. I thought they stuck together through everything we were going through.”
Senior linebacker from American Samoa, Shiloh Pritchard, said it was a wake-up call for a lot of the freshmen offensive players. His expectations for the rest of the season is a stronger team connection.
“Just for our team to come closer together [and] play as a unit,” Pritchard said. “I want to go out with a winning season.”
Pritchard kicked his senior season off with a sack, six tackles and a pick-six at CSU Pueblo.
As for the home opener, McClure said his team is looking forward to playing in front of the crowd.
“Playing at home being in front of all your fans, fellow students, and family always brings us a different vibe to the game,” McClure said. “Not having to get on a bus for 14 hours is also nice.”
The Trailblazers faced Fort Lewis College for their second game of the season on Saturday and came out with a 31-3 victory.
Pritchard had another interception and six tackles. Starks scored his first touchdown of the season and rushed for 93 yards on 13 carries.
DSU football will play New Mexico Highlands University Saturday at 6 p.m. at Trailblazer Stadium.