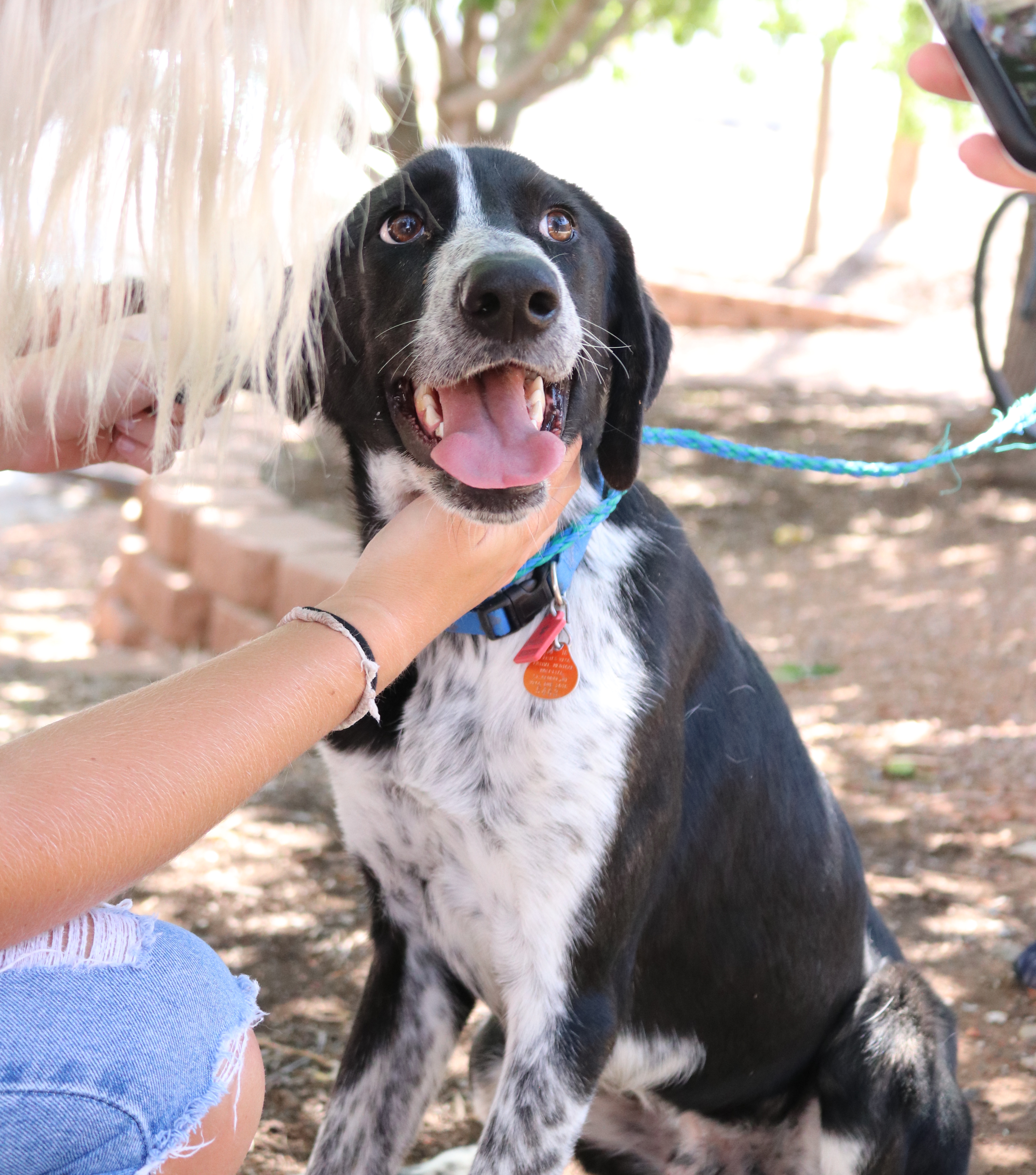 Kasidy Wilcox, a junior psychology major from Layton, pets Ace, a resident at the St. George Animal Shelter. The shelter is accepting cash and product donations, as well as asking for volunteers. Photo by Madison Anderson.

The St. George Animal Shelter provides homes for pets in need of adoption, and offers ways for students and community members to get involved.

This local city animal shelter, which was constructed in 1989, takes in stray animals, pets surrendered by their owner, or picked up for safekeeping in the event that the owner is not able to care for them.

Head supervisor April Jewell said although the majority of the animals they rescue are cats and dogs, they also take in birds, ferrets, guinea pigs, rabbits and domestic rats.

“My favorite part about working here is when the animals get reunited with their owners,” staff member Brandee Stahlei said. “Sometimes the animals will go weeks here until their owner realizes they are here and when they finally get to see each other, it’s truly awesome.”

In addition to finding homes and providing support for the animals, the shelter also educates new pet owners and collects and donates supplies for animals.

“One of the best parts of working here is definitely the animals,” Jewell said. “However, it’s also about the people. We have awesome workers and volunteers here.”

Volunteers are in high demand because the shelter’s main focus is the animals. College students who are not able to have pets in their apartments are more than welcome to come to the shelter and experience the advantages of owning an animal.

“We love to have people come walk the dogs and hang out with the cats,” Jewell said. “Sometimes that’s the best thing for these animals, just some play time and affection.”

“I have two dogs back home that I love spending time with,” he said. “But there are shelters such as these, that are filled with animals that need attention too. The workers here do a great job of taking care of them, but I think sometimes getting people in here to just play with the animals makes a huge difference.”

Jewell said although attention and quality time can help the animals cope with the stress of living in the shelter, students and community members alike can offer support in many other ways too. The shelter does accept cash donations, however food, toys and pet beds are also materials that can be donated to benefit the animals. They appreciate any help, so whether that is donating food and treats or just coming in and spending an hour petting the animals, people can really make a difference, she said.

“We do what we can to help these guys, because most of the time they can’t help themselves,” Jewell said. “That’s why they are here and we do our best to find them good homes.”