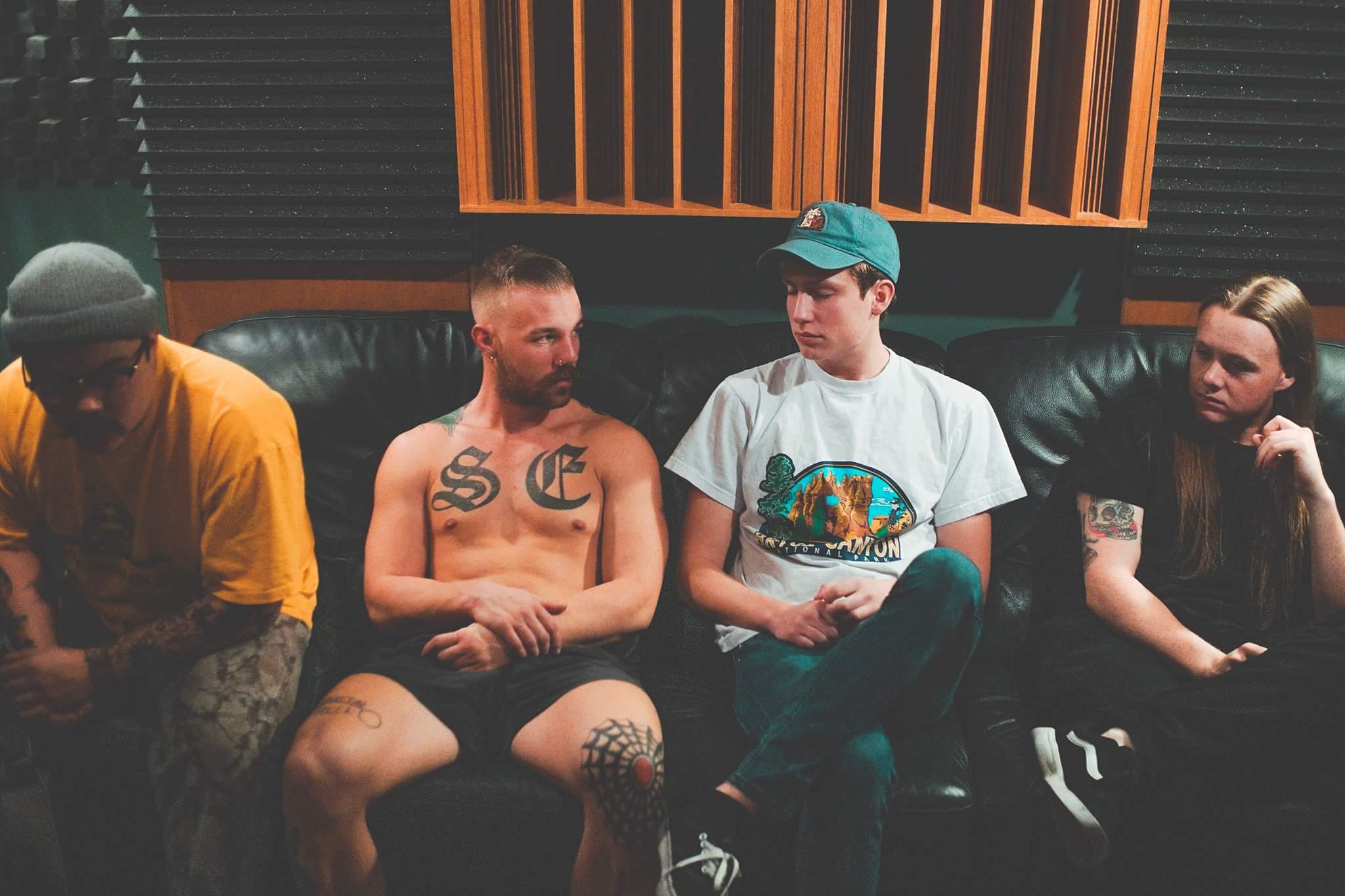 Local band NVM, formed back in 2016, has recently been gaining traction as a new face in St. George music.

The band was almost an acoustic act, as Austin Mariano, lead vocalist and guitarist, puts it. When he was trying to put together a band, he came up short.

“No one wanted to collaborate with a random kid that just moved here,” Mariano said. “As soon as I stopped searching for people to work with, I found every current member of NVM naturally.”

“I knew right when I heard [Mariano], I had to be a part of something more with him,” Johnson said. “None of us really ‘joined,’ we just came together and created this band.”

Since the band’s  debut in 2017, they have released two extended players (EPs). Their latest, “Aqua Cross,” released in February of 2018, consists of five recorded songs. This follows their previous and introductory EP, titled, “NVM.”

Mariano said: “‘Aqua Cross‘ was inspired by hardships of past relationships and how a personal inability to communicate can result in a number of negative situations. I inserted characters and a variety of scenarios in an attempt to create my own Romeo and Juliet-esque type story.”

“Aqua Cross” tackles the issues of suicide, depression and lying.

“When it comes to writing music, I find I’m most inspired to use what’s truly on my mind, rather than being disingenuous,” Mariano said.”It’s all about the approach. I love writing very intense and raw emotional lyrics, but it’s equally important to think of others. We want to make sure everyone will perceive it correctly and not take anything in a negative way.”

Songs on both EPs span a variety of genres, from metalcore to a style reminiscent of late ‘90s to early 2000s hard rock.

Mariano does most of the writing, but it is then revised and worked on by the rest of the band.

“My guys (Johnson, Martinez and Leishman) are usually good at filling me in on what they like and dislike and what they believe will work musically,” he said. “Their input definitely plays a big part in what makes it to the final cut,”

With every member in the band either working or being a student, they’ve found it’s difficult on occasion to balance the workload.

“I wish we had more time to jam/write/play shows,” Leishman said. “Nowadays, the boys in the band are some of my only friends, so I still like hanging out with them.”

Scheduling properly plays an important part for the band to be able to balance their time properly.

“Obviously work is a super important priority for us, but besides family and work, making time for the band is equally important,” Mariano said.

Most recently, the band went on an eight-day tour with Differences, a band based in Southern California. The tour took them across four different states, spanning both the West and Pacific Northwest sections of the United States. The tour played its last show and concluded on Aug. 11, in Boise, Idaho.

On top of playing more shows and touring, there’s talk of a potential full album. A new music video, shot with Capsize’s David Wand, is set to be released sometime next month.

“In the next year, we just want to jam as much as possible and work on some new content,” Martinez said.

Both EPs are available to stream and download on Spotify and iTunes.