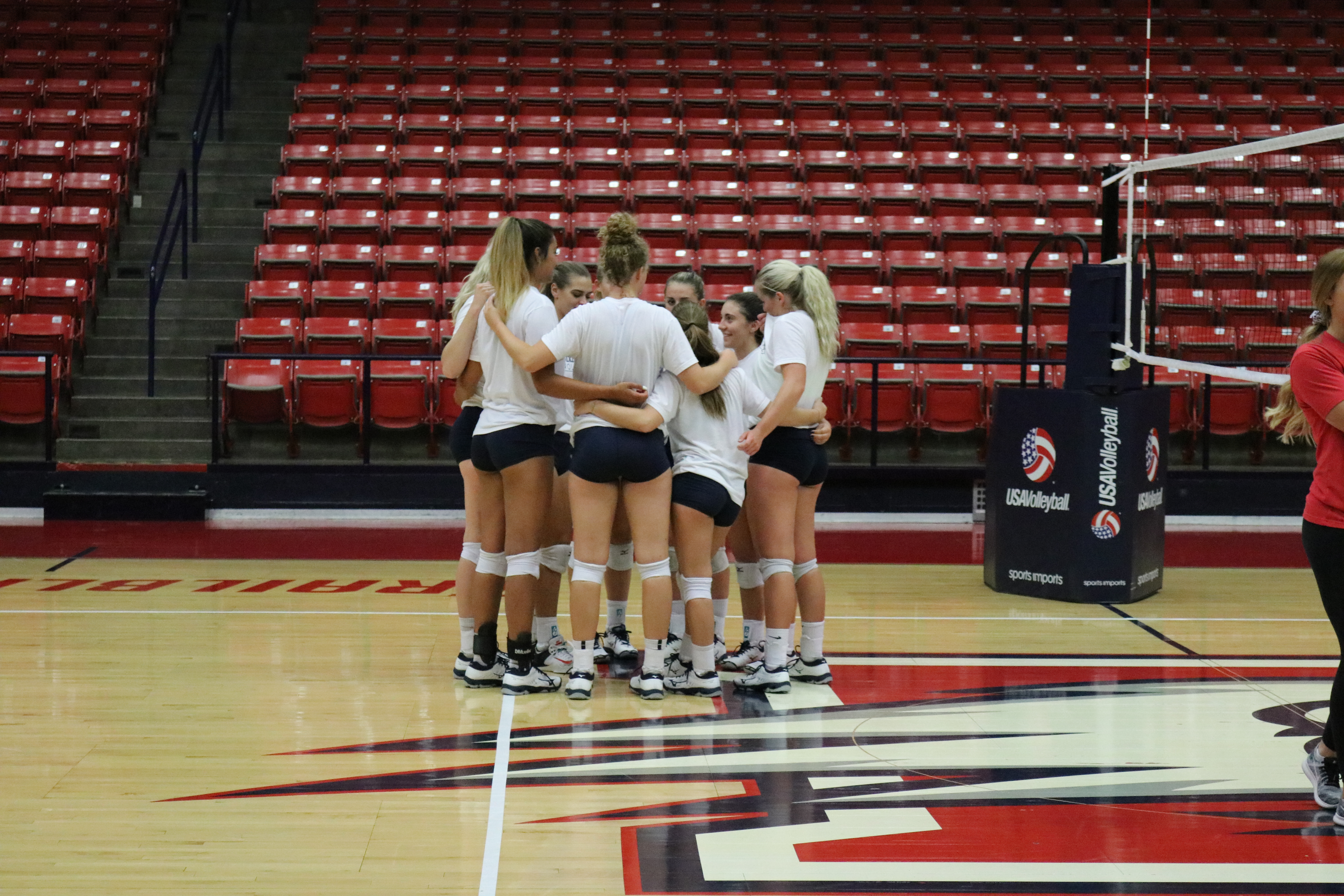 The Dixie State University volleyball team huddles together before starting a drill with their opposing teammates at practice. The team will make its debut in the Burns Arena in late August. Photo by Madison Anderson

The Dixie State University women’s volleyball team is kicking off the 2018 season in a new conference and a new location.

DSU outside hitter Hannah Doonan, a senior media studies major from San Dimas, California, said she is looking forward to her team’s debut in the Burns Arena, and expects Labor Day weekend to bring a good crowd to the tournament.

“Something that we have this year that we didn’t have last year is really big aggressive blockers,” Doonan said. “Our whole front row is absolutely huge. Our defense is phenomenal. I think defensively we are going to be really strong.”

Out of all the teams in the new conference, Doonan said she is looking forward to playing Metropolitan State University of Denver the most, since DSU lost to them during preseason last year.

The DSU volleyball team has been preparing for the upcoming season by practicing twice a day, six days a week for the last two weeks of summer break. In addition to their lengthy practice times, they have mandatory team meetings and ice baths to attend as well. Along with their hard work and busy schedules, the team was also able to enjoy team dinners twice a week during their summer practices.

Head coach Robyn Felder said she and her team were excited with how the first week of preseason went after they returned from their scrimmage at Azusa Pacific University where their team chemistry was thriving. Felder said although change is always scary at first, she is looking forward to joining the RMAC.

“We’re just ready for something new and a change,” Felder said.

Libero Sidney Brandon, a senior psychology major from Bountiful, said she believes in her team’s ability to go far in the new conference and is expecting her team to play to their highest potential.

“We get to make our own name for ourselves, brand who DSU is and how hard we work, and just show them what we got out on the court,” Brandon said.

DSU’s women’s volleyball team is set to match up against Tarleton State University on Aug. 30, at 7 p.m. in the Burns Arena.