Jessica Chatwin keeps a plain, button-up dress in her closet as a reminder of what can happen when people follow a cult leader.

“I want to show [the dress] to my children someday so they know how much we were brainwashed,” said Chatwin, a freshman media studies major from Hildale.

The dress in Chatwin’s closet is a souvenir of the life she used to live in Hildale, a small town that sits about an hour east of St. George on the border of Arizona. The population of Hildale and its sister city, Colorado City, Arizona, is dominated by members of the Fundamentalist Church of Jesus Christ of Latter-Day Saints, a church known for polygamy. Not to be confused with the mainstream Mormon sect, the FLDS church is “a community cult,” Chatwin said.

Up until Chatwin was 16, she lived the lifestyle and adhered to all the restrictions required of a devout member of the FLDS religion. As a baptized member of the “united order” or “higher law” of the FLDS church, she was expected to give all she had to the church and was subject to even stricter standards. Although FLDS church officials didn’t tell her the reason Chatwin was accepted into the “united order,” she said she realized later it was just because she was a young girl.

She couldn’t indulge in movies, TV shows or popular music. She couldn’t talk to or even make eye contact with boys her age. She couldn’t wear red. She couldn’t celebrate birthdays or holidays. She couldn’t recreate or go to the park. And the list of foods she was banned from eating included milk, pepper, chocolate, white sugar, white flour, corn and beans, except “in times of famine.”

She was cut off from all access to the news, the media or any other information from the outside world.

Chatwin would attend meetings of the elite “united order,” and she couldn’t talk to anyone outside of the meetings about what she was being taught, even though she said being part of the order just meant she lead a stricter lifestyle. She couldn’t even talk to her parents about it because although they were FLDS members, they weren’t part of the “united order.”

“I would go to these meetings, and then I would come home and my mom would ask me about my day, but I would just go straight to my room because I couldn’t talk to her about [‘the united order’],” Chatwin said. “I basically lost all connection with my family.”

After being part of “the united order” for a year, the separation between her and her parents grew so large, Chatwin had to leave her family and live with her aunt and uncle.

However, it wasn’t long after she went to live with her aunt and uncle when her life drastically changed. 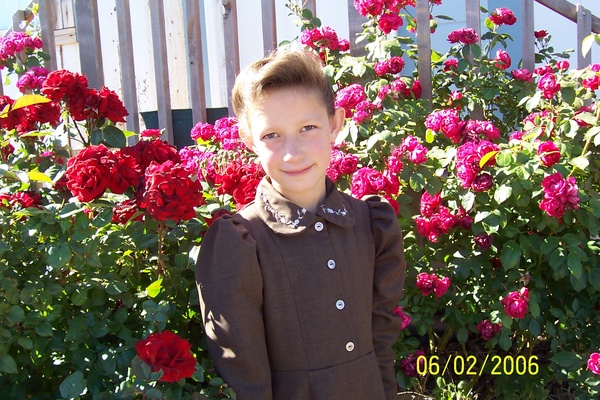 Jessica Chatwin, a media studies major from Hildale, grew up a member of the Fundamentalist Church of Jesus Christ of Latter-Day Saints, a polygamous sect. Chatwin left the church when she was 16. Photo courtesy of Chatwin.

One morning, Chatwin’s parents told her uncle that they needed to take her to an appointment in Salt Lake City. Her uncle then tried to call the bishop’s office to make sure Chatwin was allowed to go to Salt Lake City with her parents. But the bishop wouldn’t answer his phone, so Chatwin’s uncle just said it was OK for her to go.

At the time, Chatwin didn’t know it’d be her last time leaving Hildale as a member of the FLDS faith.

“I was so stressed,” Chatwin said. “I wouldn’t smile. I knew my parents were questioning the teachings of the church.”

Chatwin said she realized her parents had left the church for good when they stopped praying for the prophet’s well being. Members of the FLDS church are instructed to pray every hour for Warren Jeffs, the prophet and leader of the church, who was convicted and sentenced to life in prison in 2011 for the sexual assault of children he married. Chatwin said she was taught by the church Jeffs was in prison for religious persecution.

Chatwin said she didn’t want to leave the FLDS church and Hildale at first. All her friends were in Hildale, and she had been taught from birth that the FLDS religion was the only true faith.

“When we stopped at a hotel for the night, I about ran away from my parents,” Chatwin said. “I thought I could just take off. But it was pretty dark out there and it was a scary world, so I just stayed with my parents.”

Chatwin came to the realization leaving the church was the best thing to do when her parents pointed out inconsistencies between the newer teachings of the church and the older teachings found in the “Book of Mormon” and “Doctrine and Covenants.”

After Jeffs was sent to prison, Chatwin said no more marriages, plural or otherwise, were being performed in Hildale. In addition, if a couple was married, their marriage was no longer official in the church, Chatwin said. This was the main reason that set off Chatwin’s parents from the church enough to leave.

“Once I left, I had to totally give up everything that I knew before,” Chatwin said.

After spending a week in North Dakota, Chatwin and her parents returned to their home in Hildale. Chatwin gathered her belongings from her aunt and uncle’s home and went to live with her parents again. It only took a few months before all of Chatwin’s aunts, uncles and cousins stopped talking to her. FLDS members are banned from having any contact with an “apostate,” who is someone who has left the church, Chatwin said.

Chatwin and her parents went back to North Dakota for five months for work reasons after initially going back to Hildale. After that, she returned to Hildale again, where she continues to live today on the weekends. Even though she lives in the same town as all her FLDS friends and family members, she doesn’t have any contact with them.

Chatwin said she sometimes leaves a gift on the doorsteps of some of her FLDS relatives even though they probably throw it away. Her relatives don’t even respond to a friendly wave or a smile in the street from her anymore. 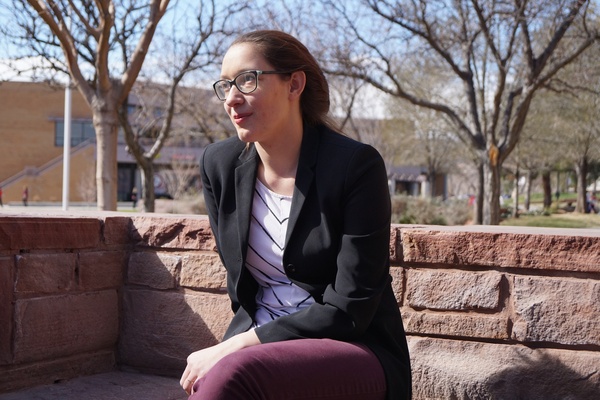 Jessica Chatwin, a media studies major from Hildale, is the first from her family to attend college. She left Fundamentalist Church of Jesus Christ of Latter-Day Saints, a polygamous sect Chatwin described as a cult, when she was 16. Photo by Alexis Winward / Dixie Sun News.

Looking past the cult life

For Chatwin, transitioning to normal life took a long time. It took a full year after leaving the religion before she started attending the public high school in Hildale. She stopped wearing her dress the day she started high school.

“I remember the first day I wore pants,” Chatwin said. “It was really weird.”

After starting high school, Chatwin said she couldn’t get enough of learning and wanted to attend college. When she started at Dixie State University in the fall, she was the first person from her family to attend college.

At DSU, meeting people from diverse backgrounds opened her eyes to a new perspective on the world. She said the change to university life wasn’t too difficult because she had always been curious about the outside world and had wanted to meet new friends outside of Hildale.

“It made me more accepting because of how closed-minded I was before,” Chatwin said.

Chatwin isn’t the only ex-FLDS member attending DSU. Milton Williams, a junior human communication major from Orderville, left Hildale and the FLDS church with his mother when he was seven. Williams said people who leave the FLDS church often have no social skills, and college is not on their horizon because of how little they have when they leave Hildale.

Williams said he doesn’t have many memories of growing up in Hildale, but his connections to the town have allowed him to have more understanding of people with an FLDS background. A 17-year-old young man who left Hildale is currently living with Williams in his apartment in St. George, he said.

“Polygamists kind of get a bad rap because people don’t understand why they are the way they are,” Williams said. “They come from a culture that is so strict and it’s part of their beliefs that they’re the only righteous ones…If people understood that it is a very sheltered environment that they come from, they’d have more patience with them.”

Stephen Armstrong, an associate professor of English, said he’s had a few students in his classes who used to be FLDS members from Hildale. He said although anyone that attends college is intellectually gifted, it is often hard for these students to adjust to the social pressures of college.

“The experiences that come out of discussion (with ex-FLDS students) sometimes indicate that there has been some kind of trauma, violation or sense of displacement,” Armstrong said. “This was sometimes addressed in their writing. This sounds kind of philosophical, but they assert mastery over their past.”

By remembering her previous life in Hildale and keeping the dress in her closet, Chatwin said she is not ashamed of her past.

“[Hildale] is part of who I am,” Chatwin said. “I’m not willing to have a sister wife or anything, but I still accept the families that do because it’s where I’m from.” 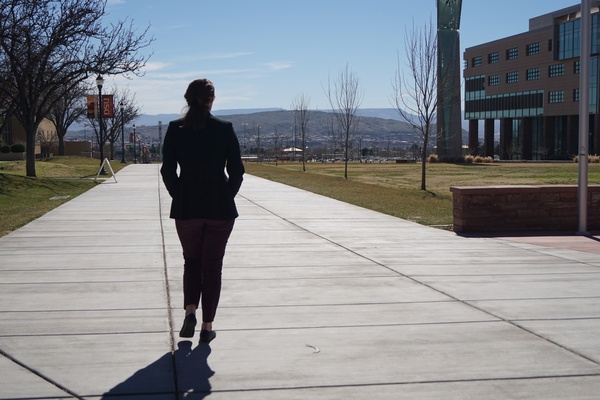