The new Dixie State University identity is blazing through campus and the St. George community.

The official athletic identity for DSU is the Trailblazers, and its mascot is Brooks the bison. Trailblazers trumped the Sun Warriors and Raptors, which were part of the final three identities the Identity Committee and Love Communications chose from with the help of focus groups. The identity was revealed Monday in the Cox Auditorium and Gardner Student Center. 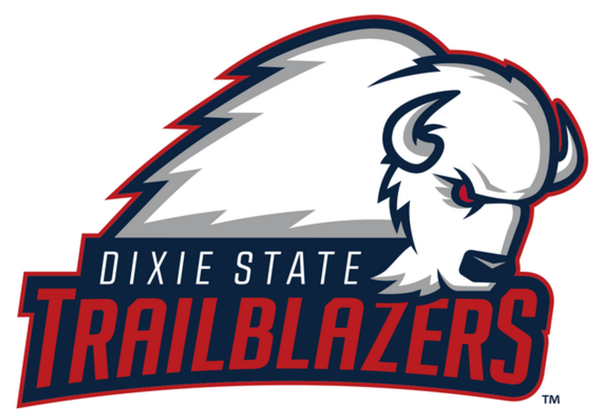 The Trailblazers were born out of St. George’s pioneer heritage, Jordon Sharp, chief marketing and communications officer, said. DSU was built around the Encampment Mall, which is where the pioneers first came to this community.

Garrett Nichols, a senior psychology major from Spokane, Washington, said Trailblazers is a huge improvement from the old mascot.

“It wasn’t my first choice, but anything is better than the Red Storm,” Nichols said.

Sharp said one of the first things the pioneers did was start an education system out of their wagons before they had even built homes. One of the pioneers and first Dixie students was named Samuel Brooks, which is where the bison’s namesake comes from. Sharp said Brooks was so excited to attend the school that he slept on the stairs of the school so he could be the first to sign up for classes. In addition, Sharp said bison made trails across the United States and in the St. George area that Native Americans and pioneers traveled on.

Primarily an athletic identity, Trailblazers also fits nicely into DSU’s strategic plan, Sharp said. He said it was amazing to find an identity that was bold enough to put on helmets but also tied into academics and DSU’s geographical location.

Student Body President Matt Devore, a senior integrated studies major from Mesquite, Nevada, said he approves of the new identity, but it took him a while to get on board.

“As soon as the picture was painted and [I] understood what it means to be a Trailblazer, the rest was history after that,” Devore said.

Joel Griffin, coordinator of public relations, said it was surprising to see student athletes in the focus groups were on board with the Trailblazers.

In addition to the official reveal Monday, banners that say “Home of the Trailblazers” will line the light posts on St. George Boulevard, and stencils for road paintings of the new logos have been approved along with banners to be displayed at various locations on campus.

Variations of the logo featuring red, white, blue and gray colors and a bison were specifically designed with motion in mind.

Sharp said working with focus groups was an intensive, yet necessary process.

“One (identity) truly rose to the top,” Sharp said.

More than half of the votes went for Trailblazers, Sharp said, once people could see the whole story and imagery.

The focus groups’ votes were organized by identity and logo. For the identity category, Trailblazers came on top with 134 votes, Raptors came in second with 80, and Sun Warriors was the least favored with 58 supporters.

Sharp said members of the Identity Committee know it was a complex and emotional process for many. The Rebel identity meant something to some people, he said, but the committee wants the “Rebel graduates” to know nothing is being taken away from them.

“If they graduated a Rebel, they will always be a Rebel, but we also hope they will support and know they are also Trailblazers,” Sharp said. “There are similarities between the two: They do hard things, they do it in a different way, and that’s who we are. But this is a positive reflection of who we are.” 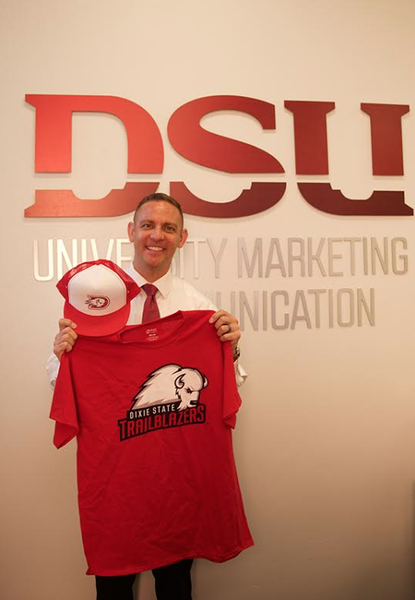