Driver transported to hospital after getting t-boned near DSU

Campus police said they believe a young woman who was t-boned on the corner of University Avenue and 200 S. at approximately 10:45 a.m. is a student at Dixie State University.

Ron Isaacson, captain of DSU campus police, said the driver appeared to be shaken up when a first responder from campus police reached her.

“She was not really coherent, as far as telling us what happened,” Isaacson said.

The driver was transported by ambulance to Dixie Regional Medical Center, but Isaacson said it was unclear whether it was precautionary or to treat an injury.

All others involved in the crash appeared to have no injury.

Campus security were the first responders, followed by at least one more squad car, an ambulance, and the fire department. The accident was cleaned up and traffic returned to normal in less than an hour.

More information will be posted as it becomes available. 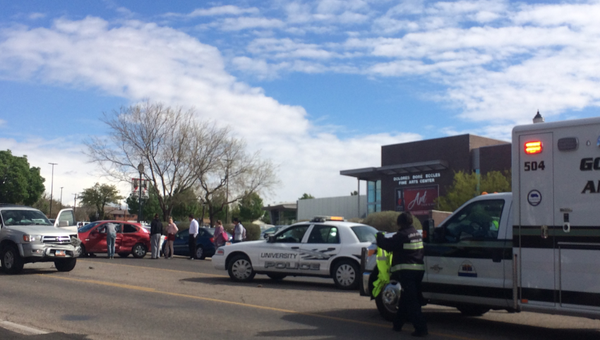