An “attitude of service” was the focus of the second annual Martin Luther King Jr. Day ceremony at Dixie State University Wednesday.

The Rev. France Davis, pastor of the Calvary Baptist Church in Salt Lake City, was the keynote speaker at the ceremony. He spoke on the history of segregation in the U.S. and ways students can invoke positive change in the community.

The Gardner Student Center lounge was full with students, faculty and community members who came to hear Davis speak. President Biff Williams also unveiled a bench outside the Gardner Center that was dedicated to Davis and his service contribution.

Davis was an active member of the civil rights movement of the ‘60s and even met King Jr. several times. He is now serving on the board of regents for the Utah System of Higher Education and holds an honorary degree from DSU.

“I marched with [King Jr.] from Selma to Montgomery, and I was in the crowd at Washington D.C. when he delivered his most famous speech, the ‘I Have a Dream’ speech,” Davis said. “When [King Jr.] brought about an end to segregation, it was not for himself, but it was about service. He had an attitude of service about him.”

It’s the same attitude of service and selflessness Davis said he wanted to inspire the audience with.
“I wanted to give the people of St. George and [DSU] a reason to follow the dream of [King Jr.], to learn more about who they are, and to learn to appreciate the differences of others,” Davis said.

After Davis’ speech, patrons migrated outside to the lamppost that was dedicated to King Jr. last year. Williams gave a brief speech on the importance of diversity and inclusiveness before dedicating the bench.

“We want to dedicate a spot on campus to encourage others to be the type of hero you are,” Williams said. “The purpose of this event is to help minorities feel successful … and to help other students feel like they’re actually a part of the world.”

Darius Mathews, a senior communication major from West Jordan and a co-president of the DSU Black Student Union, said the event was “monumental” for DSU. Mathews also helped organize a food drive Monday at the men and women’s basketball games.

Davis said students should always look for ways to serve others in the community and keep an open mind.

“Get out in the community and bring about the change that needs to be done because we are all in this boat together,” Davis said. 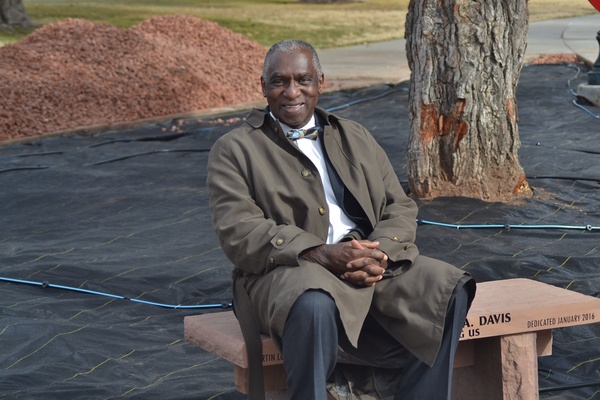 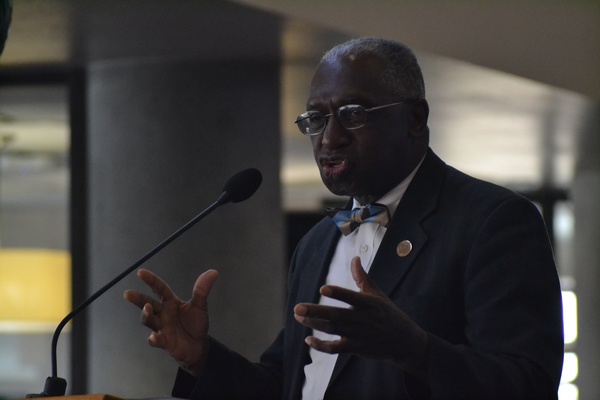 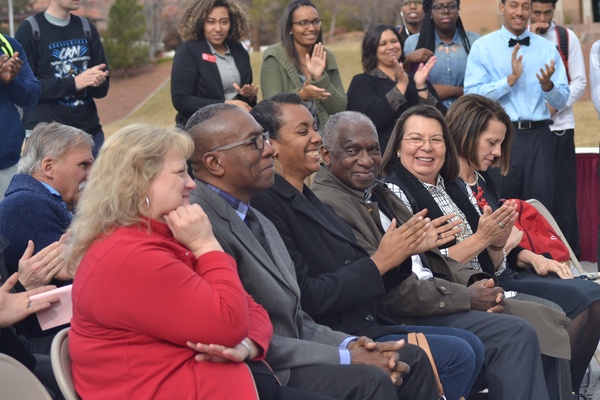 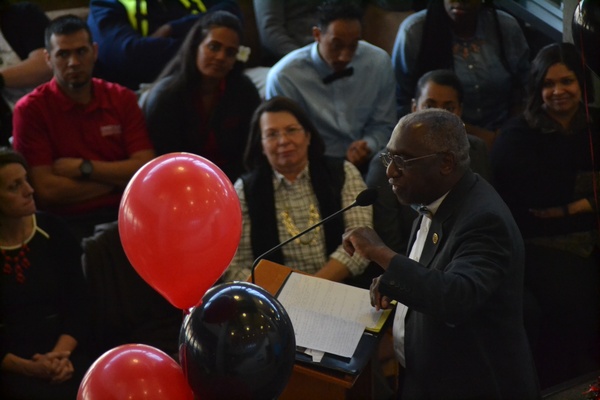