For Stanislas Nkawe, the hardest part about coming to St. George was its lack of diversity and nightclubs.

Nkawe, a freshman computer science major from Yaounde, Cameroon, is one of many international students at Dixie State University this semester. Promoting inclusiveness and giving a chance for international, diverse and non-traditional students to express themselves was the aim of those behind Diversity Week at DSU.

The Multicultural Diversity Center at DSU organized activities throughout the week of Oct. 5 through Friday for students to learn more about different cultures at DSU. The culminating event of the week was the second annual International Fashion Show in the Gardner Student Center ballroom Friday.

“All cultures are beautiful,” said Mikey Nelson, Native American student adviser for the MCDC. “The goal of Diversity Week and the fashion show is to help students see these other cultures and bring awareness to some of the international and non-traditional students at DSU.”

Activities throughout the week included a block party kickoff Oct. 5, a documentary screening of “The Gray Seasons,” a “Diversity Dialogue” about Latino immigrants at DSU, and an open-mic night.

“Everything went according to plan, although I would have loved to see more people come out and support the audience,” Nelson said. “We could always use more participation.”

Over 20 different models and performers dressed, walked, sang and danced to represent different world cultures at the fashion show Friday.

“The [fashion show] is really an extravaganza that shows all the talent of a lot of our international students at DSU,” Nelson said. 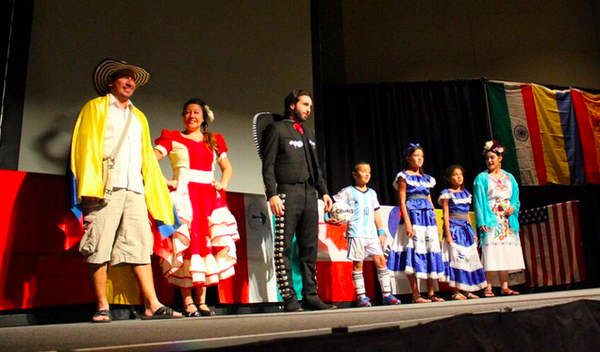 Members of the Hispanic Student Association and community members show off their traditional Hispanic clothing at the International Fashion Show at Dixie State University Friday. The fashion show was part of DSU’s Diversity Week to raise awareness for diversity at DSU. Photo by Jake Brown

“I felt really happy like a star [at the fashion show],” said Rasak Abdulsalam, a freshman biology major from Osun, Nigeria, who wore traditional clothing of his home country at the fashion show. “It was good for international students to feel comfortable at this activity by being around other people of their culture.”

Daisy Fuentes, a junior nursing major from St. George and member of the Hispanic Student Association, said the fashion show was important because “it gave minorities a chance to say ‘I’m an individual.’”

Fuentes modeled a traditional Mexican dress at the fashion show.

“I don’t have enough words in English to describe how glad I am,” Nkawe said. “The support [at the fashion show] helps with the transition to American life.”

Nkawe said he didn’t feel comfortable going to social events at DSU until the fashion show gave him a chance to be in the spotlight and identify with other international students.

“Diversity Diaries” were handed out to audience members. Nelson said he hopes people will write their experiences with diversity at DSU in the diaries.

“There is so much diversity at DSU that students just aren’t aware of,” Nelson said. “The activities [of Diversity Week] really showcased everything diverse students at DSU have to offer.” 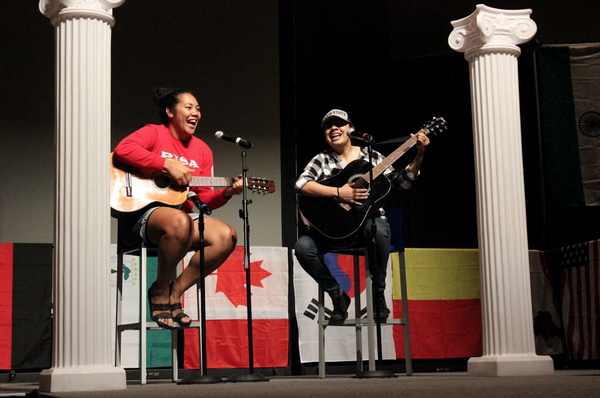 Members of the Pacific Islander Student Association at Dixie State University perform at the International Fashion Show. The fashion show featured many acts to shed light on diversity at DSU. Photo by Jake Brown.