The skies above Dixie State University will soon be cleared of the “Red Storm” by an identity committee established to change its nickname and mascot this school year.

As part of DSU’s strategic plan, “Dixie 2020: Status to Stature,” announced by President Biff Williams in September, the final goal is to establish a strong identity and brand. It should highlight the unique aspects of the university and its location, according to guidelines in the plan. 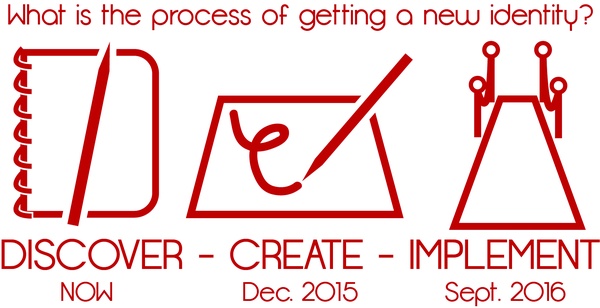 Jordon Sharp, director of student involvement and leadership, said DSU has an identity crisis. He said, now that DSU is a university, it is time to have a brand that is recognizable and makes sense to the student body, faculty and alumni.

“We’ve been gathering [research] for 10 years,” he said. “Now it’s time to just take the research and get professionals to help us to form an identity that is going to be good for this institution.”

Love Communications, a marketing firm from Salt Lake City, has been tasked with creating a new identity. The identity will be a reflection of DSU’s new motto, “Active Learning, Active Life,” and include a new nickname, mascot, color scheme and overall branding concept, according to documents released by DSU. The cost will be significantly less than the previous mascot change, at $50,000, but will only include discovery and creative services and not the cost of the official rollout. The entire process will be conducted in three phases.

Phase one will be called “discovery” and include Love Communications conducting its own independent research on campus to understand DSU’s history and mission, utilizing data from previous research to analyze possibilities, creating five identity concepts to add to the five provided by the identity committee, and consulting with the committee to narrow the choices down to three branding concepts.

Phase two will be devoted to creating logos, colors and mascot designs for the three finalists and working with the identity committee and major DSU stakeholders to narrow the selections to one complete design.

Phase one and two of the process are due to be completed by the end of 2015.

The final phase will be to strategically plan and rollout DSU’s new brand identity and is hoped to be fully implemented by fall 2016, Sharp said.

DSU held the “Rebel” as its official symbol for over 50 years until public pressure forced it into retirement, but it is still used by some campus entities. A committee, led by former student body president Brock Bybee, chose the nickname “Red Storm” in 2009. It has remained a source of confusion for students ever since.

According to a student survey conducted in fall 2014, over 70 percent of the respondents reported having either a negative or confused view of DSU’s identity and would like to change the current DSU moniker.

“Like any good company or organization, branding is important to understand what the organization is about, who they are, and to have symbols to rally around,” Sharp said. “There is a strong sense of pride at Dixie State University, but there has been some confusion with branding.”

The alumni association has been the strongest supporter of retaining the “Rebel,” and symbols of DSU’s confederate past can still be found on house walls. However, it understands that in today’s politically correct climate, it will not even be considered.

Larson, a member of the identity committee, said the 15-member alumni board will have more input during the new selection process.

“[The nickname and mascot] needs to tie into the university, it needs to be a positive image, and it needs to be something that the alumni can buy into,” she said. “It has to be encompassing of everyone. It’s not changing again.”

Chet Norman, DSU alumni marketing specialist, said “Red Storm” has never caught on because a lot of people aren’t able to identify with it.

“It’s not tangible,” Norman said. “A lot of people don’t even know what it is, which causes a big disconnect between the alumni and the university.”

No public meetings are planned during the selection process because they are not needed, Sharp said. This decision is going to be data and research based.

DSU will retain the new motto, the color red, the current DSU institutional logo and its current official name.

“Due to research, no past identities are being considered and ‘Dixie State University,’ as mandated by the state of Utah, is staying the formal institution name,” Sharp said.