Dylan O’Brien and Sadie Sink star in Taylor Swift’s short film, All Too Well, that accompanies a song of the same name off her new album, Red (Taylor's Version). Swift’s re-release of her old album Red has her fans all in their feelings as they relive her famous breakup album. Photo courtesy of Taylor Swift's album. 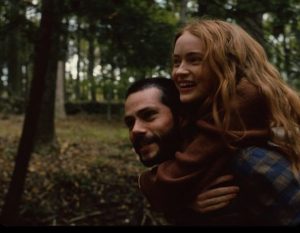