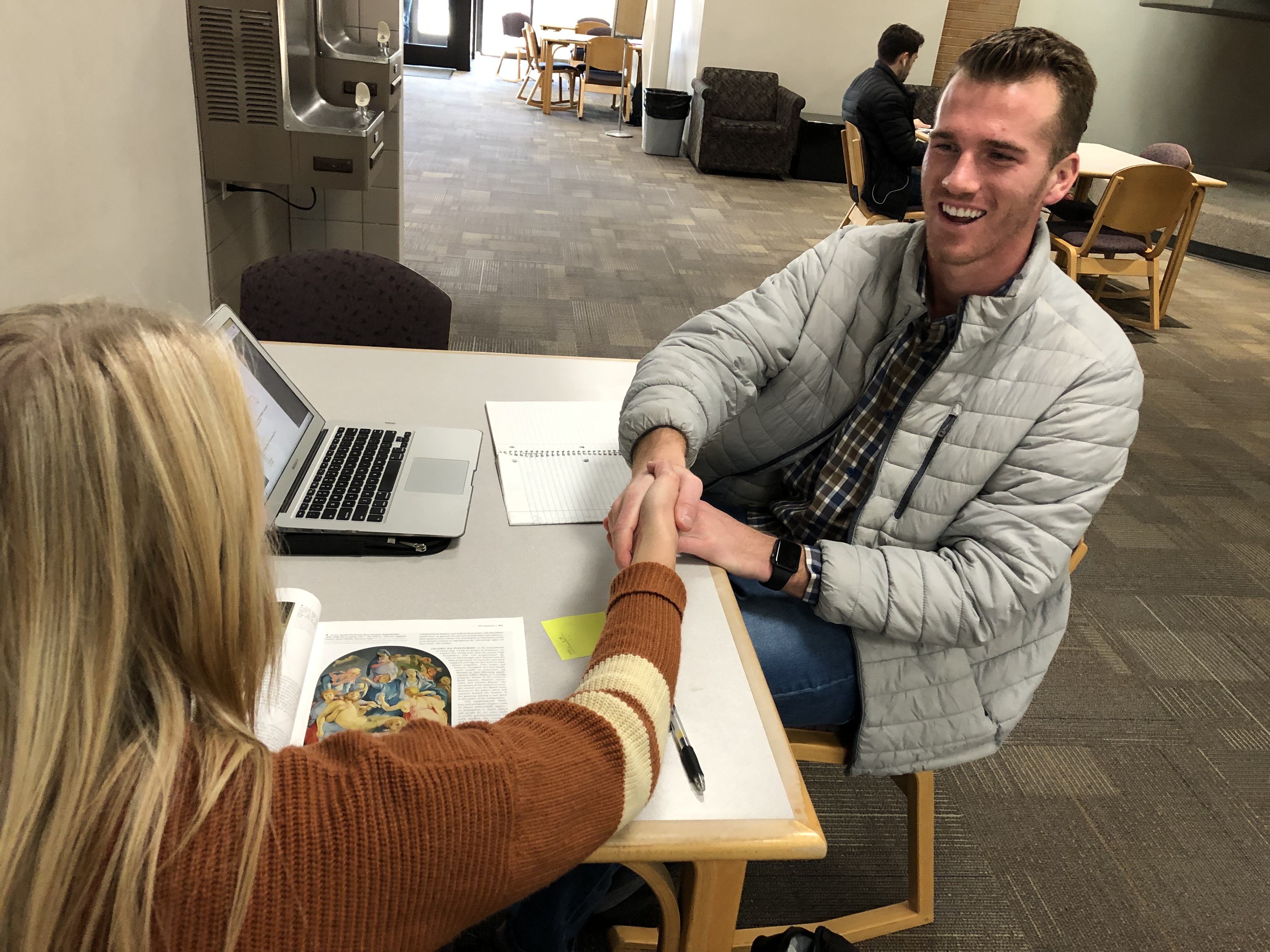 When acquiring a job and building a reputation, it’s more about who you know than what you’ve done.

Someone with all the qualifications necessary for a job can still get overlooked in favor of someone with better references and recommendations. That’s why networking is so critical.

Opportunities for networking can present themselves at work, in the classroom, at church, at social events and at events specifically designed for networking, such as Dixie State University’s occasional career fairs. In a CareerAddict article on networking by Eleana Stylianou, she suggested that at these events you should try to have fun and be yourself. Someone with a positive attitude is more approachable, which makes networking much easier.

For instance, I’ve had relatively limited experience with professional writing, but because one of my English professors saw my potential and recommended me, I had the chance to write for the upcoming inaugural issue of The DSU Annual Academic Report. I also have a backup job set up after I graduate because a friend of mine said she’d put a good word in for me once I was done getting my degree, and I wouldn’t have known it was an option if she hadn’t told me about it.

Networking can be as simple as presenting yourself well in a professional environment or using a networking service such as LinkedIn or Handshake. On LinkedIn and Handshake, making connections is as simple as typing someone’s name into the search bar and pressing “connect” or searching for a job and clicking on an application link. Then when your connections are looking for an employee or co-worker, they can easily reach out to you, and when you’re looking for a recommendation, you can use the request feature.

Another opportunity to network is by joining clubs and organizations on campus. For instance, former staff members of The Dixie Sun News have helped each other land jobs after graduation and used each other as references. Also, most clubs and organizations on campus attend at least one or two conferences each year to give students experience presenting their work and to provide opportunities to network with fellow students and professionals from all over the country, or even the world.

Networking is a huge advantage since it puts you in contact with people in your field, and then those people can alert you to job opportunities and put in a good word for you, which makes you more likely to get the job overall. And you can pay it forward by doing the same for those you network with.

Take advantage of events and opportunities both on and off campus. Go out and get to know people, or if you’re more introverted and want to start slower, make a connection on LinkedIn or Handshake. Networking can only increase your chances of getting a job and building a solid reputation.