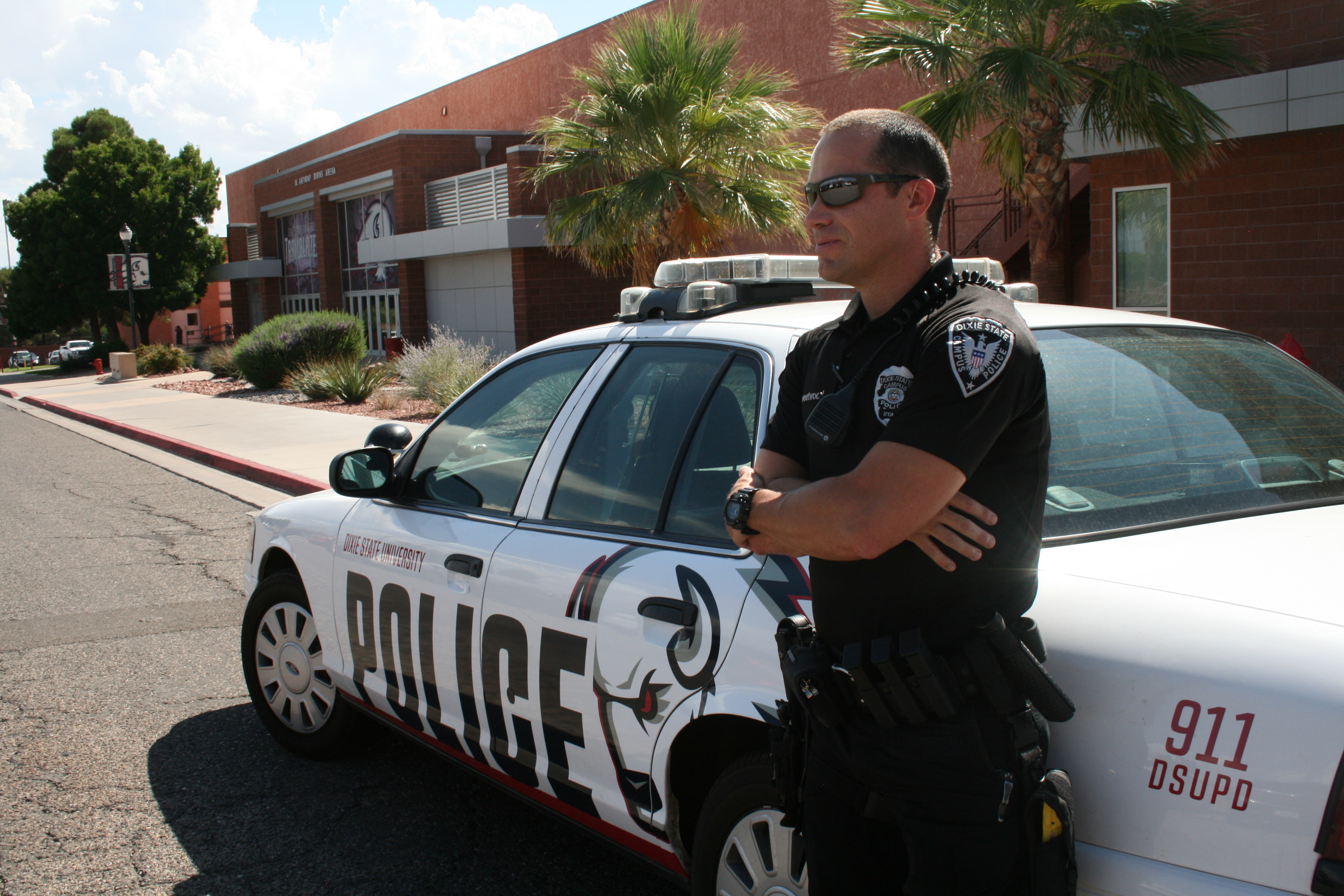 This semester Dixie State University’s campus police are updating their policies to include new body cameras with hope to make students and officers more safe on campus.

Chief of Police Blair Barfuss, who is new to the position, advocates for the body cameras because he believes they will provide more protection to both the police officers and the public.

Barfuss said he already has experience using this technology in a previous position and believes they could be extremely useful on DSU’s campus; he said the cameras offer proof of what happened and will hold people accountable during altercations or when complaints are filed.

“[Body cameras are] there to document because there are always questions about what truly occurred when you deal with human dynamics and volatile situations,” Barfuss said. “Sometimes memories and what’s happening are tough to recall, not only for the officers, but for the individuals involved.”

“Bodycam are just a way we can further show the public we are working towards the transparency [the public] require and expect of the police department,” Barfuss said.

This model “gets officers out of buildings and out of cars and among the students, the staff, the faculty, and the people  here on campus,” Barfuss said.

Other than foot and car patrolling, biking is another way officers can get around campus that is more face-to-face. Barfuss also said they do have a few officers who are certified in bicycling on campus.

He said he wants people to feel safe knowing who is there to protect them and that the police have their best interest in mind.

However, she is worried about the relationship between the police and the public deteriorating. She feels that the body cameras will create a barrier or discourage students from getting help from campus police.

“The bodycams really shouldn’t change the relationship between officers and the public,” Barfuss said. “The relationship does become more cordial not just with the officer, but with the public when both parties know a recording is taking place.”

The campus police office is in the M. Anthony Burns Offices. Students can also contact campus police  through email or phone. If it is an emergency, students are urged to call 911.