Nanea Woods and Austen Harris filed the lawsuit in 2014 after complaining former head coach Catherria Turner discriminated against them based on their supposed sexual orientation, religious views and race. Turner was fired in November 2014 after less than two years as coach.

Woods and Harris both received $50,000 from the settlement and are responsible for paying their own legal fees. Woods, who has since left DSU to study at Notre Dame de Namur University in Belmont, California, said she is pleased with the outcome of the settlement.

“The motivation of the suit was to bring personal closure and resolve for me,” Woods said. “I needed people to know my pain and have someone agree with me that my experience and treatment was simply wrong. This lawsuit did that for me.”

DSU accepted the settlement instead of choosing to fight it in court, “resolving the dispute at no cost to the university and with no admission of liability on the university’s part,” according to DSU’s official statement on the lawsuit.

According to the statement, “the state and the university were confident of their position before the court,” but decided it would be cheaper to settle the lawsuit instead of continuing to fight the allegations in court. The cost of the settlement was paid by DSU’s insurance provider, the Utah Office of Risk Management. 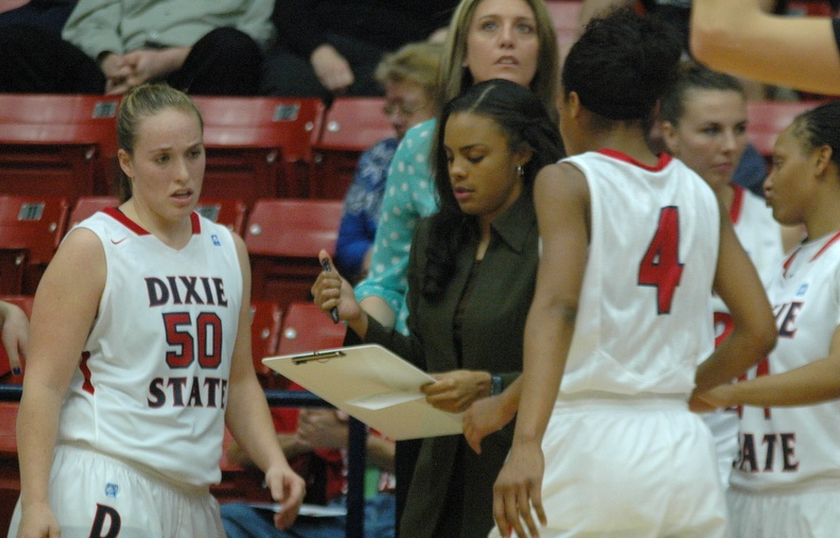 According to Woods and Harris’ official complaint filed in a federal court, Turner singled out women on the team based on their race and accused some members of the team of being in lesbian relationships.

The complaint states Turner required teammates to pray before each game and say “hallelujah” and “amen” during team meetings. She also forced several members of the team to stay on a bus with no food or water while she and the rest of the team attended church services, according to the complaint.

The lawsuit alleges Turner was fixated on the players’ sexual orientation. She accused Harris of dating several members of the team, including Woods — something Harris denied.

The investigator concluded the investigation was not “able to definitely repudiate or rule out the allegations [of Discrimination and Sexual Harassment].”

“I left [DSU] in such anguish with feelings of betrayal and hatred that I could not recall my time there without bursting into tears and fits of anger all because I felt powerless,” Woods said. “I felt diminished and abused.”

Woods said her last year at DSU ended with pain and regret after playing under Turner.

“We need to question why coaches feel that they have supreme power with no fear of repercussion for their actions,” Woods said. “It’s not OK to expect athletes to show up for weights, practice, classes, study hall and additional shots required on personal time … to where that athlete struggles to find time to even eat or that athlete fears retribution if you complain to administration again.”

Boothe, who is listed as a defendant on the lawsuit for his participation in being Turner’s superior, declined to comment on the settlement.

“There was obviously some personalities on the team that just didn’t mix,” Boothe said in October 2014.